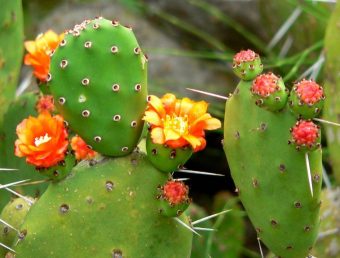 The prickly pear cactus is such a powerful symbol in Mexico that they put it smack in the middle of the national flag. It was considered sacred by the ancient Aztecs, and modern-day Mexicans eat it, drink it, and even use it in medicines and shampoos. Now scientists have come up with a new use for the bright green plant: producing renewable energy.

Instantly recognizable with its jumble of spiny discs—its bright red fruit protruding like fat fingers from each one—the prickly pear cactus is farmed on a massive scale in Mexico. Its soft inner flesh plays a starring role in a plethora of favorite national dishes: tacos, soups, salads, jams and even candies. Believed by some to have healing powers, the cactus is also used in blood pressure medications, anti-hair loss shampoos, skin creams and diet juices.

“Since before the Spanish conquistadors arrived, we have eaten prickly pear cactus. It’s our tradition and our culture,” said Israel Vazquez, who has farmed the cactus for the past 20 years on a small plot in Milpa Alta, a neighborhood on Mexico City’s south side.

The cactus’s thick outer layer, with all those spines, has always been a waste product—until researchers developed a biogas generator to turn it into electricity. 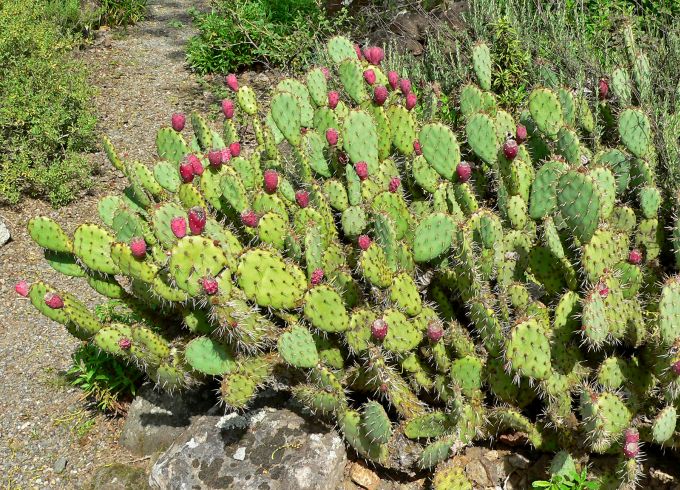 Straight to the source

The pilot project was launched in May at Milpa Alta’s sprawling cactus market. The far-flung neighborhood is a splash of green amid the smog and concrete of this Latin American mega-city, thanks in part to its more than 2,800 hectares (some 7,000 acres) of fields of prickly pear cactus, known in Spanish as “nopal.” Farmers in straw sombreros trickle into these fields every morning at dawn to work the long rows of cactus that flow from the lower flanks of the dormant Teuhtli volcano.

The area produces 200,000 tons a year of prickly pear cactus—up to 10 tons of which ends up as waste on the floor of the cactus market each day. A local green energy start-up called Energy and Environmental Sustainability—Suema, by its Spanish acronym—got the idea to develop a biogas generator to turn that waste into energy.

They decided to build it right at the source: the bustling cactus market, where hundreds of workers start each day by cleaning up the waste left from the day before. 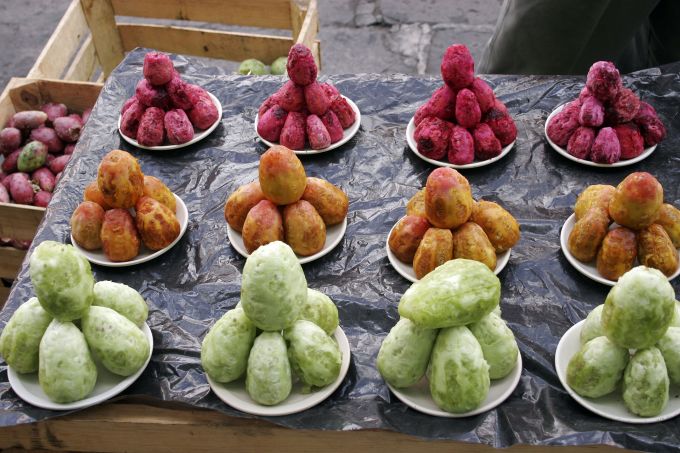 Oil-producing Mexico has emerged as a green energy leader in recent years.

It won praise in 2015 when it became the first emerging country to announce its emissions reduction targets for the United Nations climate accord, ambitiously vowing to halve them by 2050.

To get there, it is seeking to generate half its energy from renewable sources. Last year, green energy made up 15.4 percent of its energy mix—though just 0.1 percent was from biogas. Suema is looking to change that with its generator, which will ultimately produce 175 kilowatt hours—enough electricity to keep some 9,600 low-energy light bulbs burning.

The generator—a giant silver cylinder surrounded by an intricate web of pipes—churns together organic waste with a special mix of bacteria and heats it to 55 degrees Celsius (131 Fahrenheit) to produce biogas. The leftovers can then be used as compost.

When it reaches full capacity around November, the generator will be able to process three to five tons of waste a day, producing 170 cubic meters (45,000 gallons) of biogas plus a little more than one ton of compost. The $840,000 project, funded mostly by the Mexico City government, is popular at the cactus market.

“It’s a good idea, because now all this waste will do something productive,” said vendor Evangelina Lara, 45, wearing a red apron and wielding the knife she uses to clean her stock.

The Mexico City government’s scientific development chief, Bernardino Rosas, hopes the generator will be the first of many.

“Our vision is to reproduce this type of project” at each of the city’s more than 300 produce markets, making them energy self-sufficient, he told AFP. 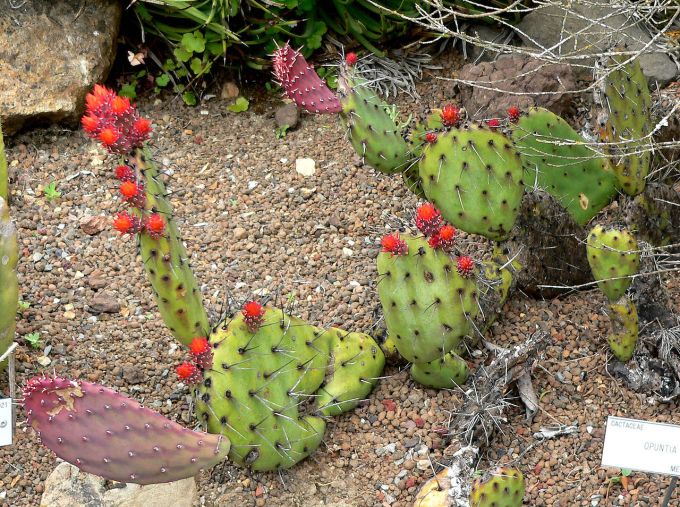 In Aztec mythology, Huitzilopochtli—the god of the sun, war and human sacrifice—tore out the heart of a treacherous prince named Copilli and threw it into a lake.

According to the legend, Huitzilopochtli told the Aztecs to build a city at the spot where they found the cactus, which would have an eagle sitting atop it eating a snake.

The story has it that this is where the Aztecs built their capital, Tenochtitlan—over whose ruins the Spanish conquistadors built Mexico City.

Today, the prickly pear cactus with the eagle eating the snake is a national symbol—so much so that it appears at the center of Mexico’s green, white and red flag.

This all makes the cactus a very fitting fuel for Mexico’s future, said Horacio Chavira, deputy director for rural development in Milpa Alta.

“The prickly pear cactus is so Mexican that it’s a symbol of our identity,” he said.