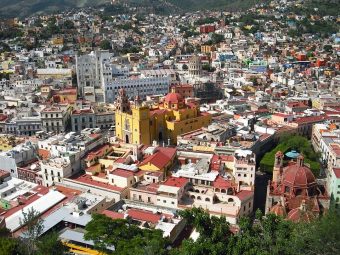 Mexico was officially welcomed as the 30th International Energy Agency member country on February 17, making it the first member from Latin America and helping to increase the impact of the Agency which now accounts for more than 70% of global energy consumption.

While it has come under its fair share of criticism for overly pessimistic predictions concerning the uptake of renewable energy technologies and the long-term need for fossil fuel energy sources, the International Energy Agency (IEA) nevertheless sits as one of the leading forces in supporting the transition to a low-carbon economy. From this author’s point of view, some of the aforementioned criticism the IEA has suffered has not been completely fair, fighting as it has for more realistic expectations and predictions. Nevertheless, the IEA has repeatedly failed to properly account for the speed with which renewable energy technology costs would fall — through, in reality, most everyone failed to predict the speed with which the low-carbon energy transition would occur.

On February 17, a new signed treaty was deposited with the IEA’s depository state, Belgium, which had been ratified by the Mexican Senate, elevating Mexico to full official membership status with the IEA and making it both the 30th member country and the first member country from Latin America. This followed a November 2017 IEA Ministerial Meeting at which the rapid steps Mexico was taking to become an IEA member were unanimously endorsed by all IEA members. Specifically, the Meeting acknowledged that Mexico had taken the necessary steps in record time since it first expressed interest in November of 2015.

The move serves as a significant stepping stone to the IEA’s desire to open its doors to more emerging economies and the key energy players of Latin America, Asia, and Africa. Before becoming a fully-fledged IEA member, a country must demonstrate that it has:

Crude oil and/or product reserves equivalent to 90 days of the previous year’s net imports, to which the government has immediate access (even if it does not own them directly) and could be used to address disruptions to global oil supply;

A demand restraint programme to reduce national oil consumption by up to 10%;

Legislation and organisation to operate the Co-ordinated Emergency Response Measures (CERM) on a national basis;

Legislation and measures to ensure that all oil companies under its jurisdiction report information upon request;

Measures in place to ensure the capability of contributing its share of an IEA collective action. An IEA collective action would be initiated in response to a significant global oil supply disruption and would involve IEA Member Countries making additional volumes of crude and/or product available to the global market (either through increasing supply or reducing demand), with each country’s share based on national consumption as part of the IEA total oil consumption.

“With this final step, Mexico enters the most important energy forum in the world,” said Joaquín Coldwell, Mexico’s Secretary of Energy. “We will take our part in setting the world’s energy policies, receive experienced advice in best international practices, and participate in emergency response exercises.”

“It is a historic day because we welcome our first Latin American member country, with more than 120 million inhabitants, an important oil producer, and a weighty voice in global energy,” added Dr. Fatih Birol, the IEA’s Executive Director. “The ambitious and successful energy reforms of recent years have put Mexico firmly on the global energy policy map.”

Alongside the now 30-strong Member nations, the IEA boasts seven Association countries — countries that work “hand-in-hand with the IEA on critical issues” that include energy security, data and statistics, and energy policy solutions” — after Brazil was officially designated Association status in early November.

“With today’s announcement of IEA Association, we are taking another important step to place Brazil at the centre of global debate on key energy policy issues including renewable energy, energy efficiency, rational use of fossil fuels, energy security and sustainable development,” said Fernando Coelho Filho, Brazilian Minister of Mines and Energy, at the signing ceremony alongside Dr Birol in November.