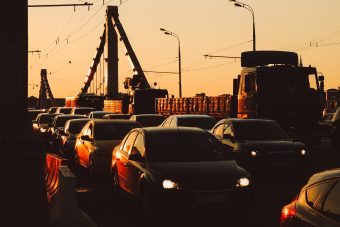 Emission cuts in the European Union’s (EU) Effort Sharing sectors need to accelerate considerably from 2018 onwards to achieve the current EU 2030 targets, according to a European Environment Agency (EEA) briefing, published recently. In particular, the large amount of emission reductions from planned measures in the transport sector need to materialise through concrete actions.

According to the EEA briefing, EU Member States and the United Kingdom (UK) have reduced greenhouse gas emissions in Effort Sharing sectors by 11 % from 2005 to 2018. If Member States and the UK were to fully implement their existing and planned policies and measures, as reported under the Monitoring Mechanism Regulation in March 2019, the Effort Sharing emissions could further decrease by 2030 to a level 27 % below that of 2005. Nonetheless, the annual pace of emission cuts needs to nearly double from 2018 onward, in order to achieve the EU Effort Sharing target of 30 % reduction from 2005 to to 2030. The effort sharing target is part of the EU’s commitment of reducing all greenhouse gas emissions at least by 40 % from 1990 to 2030.

Heating and cooling in residential and commercial buildings delivered about half of the reductions in Effort Sharing emissions from 2005 to 2018. Improving energy efficiency and switching to cleaner heating and cooling fuels, including renewable energy sources, helped make these cuts, the EEA briefing states. Emission reductions in this sector are expected to continue.

Member States expect large future reductions in transport emissions, but these reductions mostly rely on measures that are still to be adopted and fully implemented. Worryingly, current projections indicate that EU Member States plan rather low reductions in emissions from the agriculture sector by 2030.

Continued monitoring and evaluation of effects of emission reduction measures is clearly needed. This will help identify the most effective measures to achieve climate neutrality in the EU.

The new EEA briefing builds on the Agency’s recent Trends and Projections report, which assesses progress towards the EU’s climate and energy targets, and a briefing on national policies and measures for climate change mitigation.

The findings are based on preliminary estimates of greenhouse gas emissions for 2018 and historic and projected greenhouse gas emissions, as well as a database of policies and measures that Member States reported to the EEA in March 2019 under the Monitoring Mechanism Regulation. The work also relies on the results of two detailed assessments of trends in the Effort Sharing sectors carried out by the European Topic Centre (ETC) for the EEA in 2017 and 2018.