Meat and fish companies may be “putting the implementation of the Paris agreement in jeopardy” by failing to properly report their climate emissions, according to a groundbreaking index launched today. 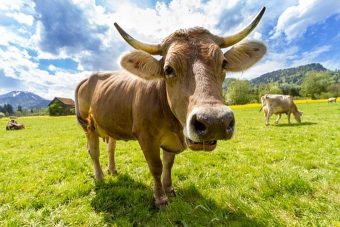 Three out of four (72%) of the world’s biggest meat and fish companies provided little or no evidence to show that they were measuring or reporting their emissions, despite the fact that, as the report points out, livestock production represents 14.5% of all greenhouse gas emissions.

“It is clear that the meat and dairy industries have remained out of public scrutiny in terms of their significant climate impact. For this to change, these companies must be held accountable for the emissions and they must have credible, independently verifiable emissions reductions strategy,” said Shefali Sharma, director of the Institute for Agriculture and Trade Policy European office.

The new Coller FAIRR Protein Producers Index has examined the environmental and social commitments of 60 of the world’s largest meat and fish producers and found that more than half are failing to properly document their impact, despite their central role in our lives and societies.

Many of the names in the index will be unfamiliar, but their consolidated revenues of $300bn cover around one-fifth of the global livestock and aquaculture market – roughly one in every five burgers, steaks or fish.

The companies looked at by the index include giants like the Australian Agricultural Company, which has the biggest cattle herd in the world; the Chinese WH Group, the largest global pork company; or the US’s Sandersons, which processes more than 10 million chickens a week.

Many of them run vertically integrated systems, sourcing meat from contracted farmers around the world, processing it themselves through their own slaughter and packing houses and then selling on to frontline, more familiar companies such as McDonalds, Walmart, Nestle and Danone.

But a close examination by the Farm Animal Investment Risk and Return (FAIRR) group has shown that, despite their critical part in our food system, these companies appear to be neglecting some of their social responsibilities.

The food system, according to FAIRR, is “very sensitive to changing public sentiment”, and really large sums of investor money in the sector are often at risk due to little-understood risks. The organisation, founded by financier Jeremy Coller in 2015, aims to shed greater light on these risks.

Animal welfare, water scarcity, deforestation and working conditions were some of the areas in which the 60 largest protein-producing companies around the world were assessed. The index looked at self-declared information from each company, and set a wide range of key performance indicators such as targets for deforestation reduction, a policy on antibiotic reduction, or water exposer of supply chains. Overall 60% were found to be “either not managing critical risks or are failing to disclose basic information”.

“The findings from this first index create cause for concern,” said the report’s introduction. “There is still a worrying lack of ESG [environmental, social and governance] data availability and disclosure … despite the sector’s myriad sustainability impacts.”

Climate change emerged as a particular concern. Despite the fact that, according to the report, livestock production represents 14.5% of all greenhouse gas emissions, almost 72% of companies provided little or no evidence to show that they were measuring or reporting their emissions. Some 19 companies received the lowest possible mark in this section, including Australia Agricultural Company, Cal-Maine (a US company which reportedly produced 1bn eggs in 2017), Russian Cherkizovo and Indian Venky’s. This, the report argues, may be “putting the implementation of the Paris agreement in jeopardy”. The Guardian approached these companies for comment but received no response.

Studies over the last decade have repeatedly shown that the production of red meat is energy and water-intensive compared to the production of most grains and vegetables. But many government officials appear to be reluctant to suggest that consumers should reduce their meat consumption.

Antibiotic use also stood out. Antibiotic resistance has soared in recent decades and is now considered one of the biggest public health threats facing the world. The role of farming and food production in spreading resistant bacteria has come under increasing scrutiny in recent years as growing evidence points to a direct threat to human health from veterinary overuse of antibiotics on farms.

Despite this, there has been a “widespread failure to respond” to the crisis, the report says. The report says that 77% of the sector – 46 companies worth an estimated $239bn – rank “high risk” on antibiotic stewardship, with “little or no measures in place to reduce excessive use of antibiotics”.

Abigail Herron, global head of responsible investment, Aviva Investors, said: “Our research shows that three in four of these companies are ignoring the calls from regulators, health professionals and the financial community to manage and reduce their use of antibiotics. That failure puts both global public health and their business models at risk.”

Indian poultry giant Venky’s is among the companies ranked as “high risk” on antibiotics. Sanderson Farms, one of the US’s largest poultry producers, is also given bottom-tier ranking.

Venky’s was recently found by an investigation by the Bureau of Investigative Journalism to be advertising colistin, a so-called “last resort” antibiotic, for sale as a growth promoter in India, one of five pharma companies found to be doing the same.

Deforestation is another area in which many companies are falling short. A recent analysis by Forest 500 found that despite cattle production being the biggest driver of tropical production globally, only 17% of assessed cattle companies had a policy addressing forest production. And the Coller Index finds that of the 24 companies processing beef and dairy (where deforestation is a particular risk), only one is assessed as “low risk”.

“From an investment point of view, it is not only this $300bn group of companies at risk but the wider multi-trillion dollar global food supply chain … Investors sit at the top of the chain as ultimate owners of these listed businesses. They need to use their influence as responsible stewards of these assets to start a dialogue on best practice and encourage a race to the top to build a more sustainable food system,” said Aarti Ramachandran, head of research and corporate engagement at FAIRR.

“A major, systemic change is needed in the way we source protein if we are to reduce greenhouse gas emissions, deforestation, habitat loss and water stress. This can only be achieved if businesses and policymakers, working with the latest food technologies and scientific advice, collaborate to create a sustainable and nutritious food revolution that meets tomorrow’s demand,” said Emily Farnworth, Head of Climate Change Initiatives, World Economic Forum.

“It’s always worth remembering that there is no such thing as cheap meat—these industries have been subsidised for years by the public because we pay for their environmental pollution, public health costs that they do not account for in their business model. This is where governments need to step in,” said Sharma.