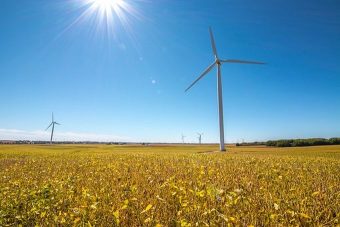 Renewables are set to dominate the global energy market and demand for electric vehicles will soar over the next decade, but neither industry will make fast enough progress to ensure the world meets targets to limit temperature increases to well below 2C this century.

That is the stark warning from management consultancy giant McKinsey, which will today release the Reference Case for its Global Energy Perspective report.

The company’s McKinsey Energy Insights (MEI) division is predicting renewables will account for “almost all the growth in global power generation through to 2050”.

Echoing projections earlier this week from the International Renewable Energy Agency (IRENA), today’s report predicts that in the next 5-10 years it will become more economic to build renewable capacity than operate existing gas- or coal-fired power plants in most markets.

It argues that as a result utilisation rates for existing coal and gas fired power stations will fall over the coming decades.

“Overall, the additional global net capacity of power generation to 2050 will be 80 per cent renewables, with China and India contributing more than 50 per cent,” the company said.

Similarly, the falling cost and improved performance of batteries is expected to result in soaring sales of EVs over the next decade.

The report predicts EVs’ share of the global auto market will rise from just three per cent in 2020 to 20 per cent by 2030. Electric trucks are similarly expected to see their market share increase from one per cent to 12 per cent over the same period.

The predictions follow the release yesterday of new data from Bloomberg New Energy Finance, which revealed global clean energy investment ticked up three per cent last year to $333.5m even as the cost of renewables technologies continued to fall.

However, the McKinsey report warns technological revolutions in the energy and auto market will be offset by continued increases in demand for energy globally, which will mean energy-related emissions will not plateau until 2030.

Global greenhouse gas emissions have remained flat in recent years, but researchers warned late last year that they are likely to have risen in 2017.

McKinsey’s projections join a raft of official projections that suggest current policies and technology trends are still a long way from delivering the steep emissions reductions that scientists regard as essential to having any chance of meeting the 2C temperature goal set out in the Paris Agreement.

Ole Rolser, associate partner and solution leader at MEI, warned the march of clean technologies into the mainstream was unlikely to deliver steep cuts in global emissions over the coming decades.

“Despite the significant momentum around EVs and renewable energy sources taking an increasing share of the power market, energy-related emissions remain flat from 2030 to 2050,” he warned in a statement. “As developing countries continue to rely heavily on cheap coal, non-OECD energy demand will replace the efficiency gains made by OECD countries.

“To realise the 2 degrees pathway scenario, we’d have to see much broader, much more disruptive change than what we’re seeing now.”