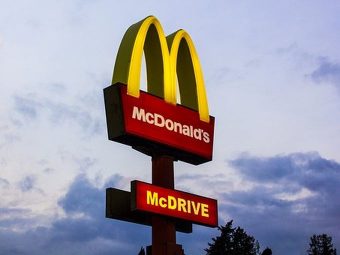 McDonald’s has become the first global restaurant company to set greenhouse gas targets in line with global climate science, it claimed today as it launched a raft of new green commitments.

The fast food giant has pledged to reduce emissions from its restaurants and offices around the world by 36 per cent by 2030, using 2015 as a baseline year – a goal approved by the Science Based Targets (SBT) initiative.

McDonald’s also committed to a 31 per cent cut in emissions intensity across its entire global supply chain over the same period.

Altogether, it said its SBT pledges will save 150 million metric tonnes of CO2 by 2030.

Under the SBT initiative, companies have to publicly commit to detailed emissions reduction goals, which are then independently verified as being in line with the trajectory suggested by scientists to give the world a reasonable chance of keeping temperature increases below 2C above pre-industrial levels.

McDonald’s joins the likes of Gap, Nike, Adobe, Mars and Nokia in making an SBT-approved pledge. But the fast food giant, which has almost 37,000 restaurants worldwide, could prove a controversial addition, given its influence over the global beef market, a major source of global greenhouse gas emissions.

In working towards the new goals, McDonald’s said it would prioritise action on beef production and restaurant energy usage, as well as sourcing packaging and waste.

It comes as the company marks 10 years of its UK delivery fleet using 100 per cent biodiesel recycled from cooking oil, an initiative which it claims has saved nearly 7,000 tonnes of CO2 every year compared to traditional fleets.

All franchised- and company-owned McDonald’s branches in the UK are already run on 100 per cent renewable electricity from a combination of wind and solar power, and 60 per cent of its modular new build restaurants have their own solar panels, it added.

“As a business with a presence up and down the country we take our environmental responsibilities incredibly seriously and work hard to reduce our impact on the environment,” said Connor McVeigh, supply chain director at McDonald’s UK. “I’m proud of the progress we’ve made but there’s more work to do, which is what today’s announcement is all about.”