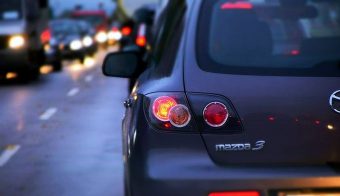 Plans to rate cars based on the amount of air pollutants they emit in real world driving conditions are being developed in London and Paris, the two cities’ Mayors jointly announced today.

They argue a new scoring system is needed to “prevent car manufacturers from exploiting loopholes in existing labelling schemes” and “put an end to the smoke and mirrors that have been employed in official emissions tests”.

Yet actual emissions from cars on the road have been shown to be up to 15 times higher in comparison to lab conditions, according to the Mayors.

As such, the two city administrations plan to develop new vehicle emissions scoring schemes that will allocate each model of car with a score based on all of the air pollutants the vehicles release during real-world, on-road conditions.

Both Mayors have said they plan to then make the resulting emissions data available online for consumers by the end of 2017.

Khan said the scheme would provide Londoners with an “honest, accurate and independent evaluation of the emissions of most new cars and vans” and incentivise manufacturers to build cleaner vehicles sooner.

“This scheme is also a fantastic example of how big cities around the world can pool their expertise and their influence to encourage big industry to clean up its act,” he added.

The joint project is being supported by the C40 Cities Climate Leadership Group, of which the Mayors of Paris and London are chair and vice chair respectively. Several other cities, including Seoul, Madrid, Mexico City, Milan, Moscow, Oslo and Tokyo, have also committed to work to C40 to develop a global scoring system for citizens.

Today’s announcement came after a closed-door meeting held between mayors, senior city officials and representatives of several major car manufacturers aimed at finding ways of accelerating the transition to low emission vehicles and electric cars – the first such effort of its kind, according to the C40 group.

“The technology exists to accurately measure the precise environmental impact of the gas-guzzlers that currently dominate our roads, and leadership by C40 mayors will enable citizens to see it,” said Mark Watts, executive director C40.

The announcement follows the launch yesterday of a new ‘preferred supplier scheme’ for businesses in the West End of London designed to reduce the number of polluting vehicles entering the area each day, thereby cutting congestion and improving air quality.