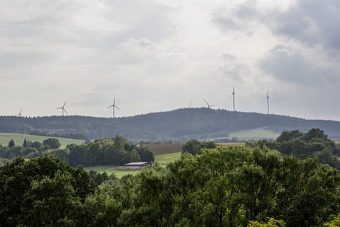 One of the world’s largest offshore wind farms has been officially opened, delivering 600MW of clean power capacity to Dutch grid.

The Gemini wind park, which is located 85km off the coast of the Netherlands, was unveiled yesterday after it was completed both under budget and ahead of schedule.

The Dutch development consortium behind the project said it is now set to generate enough power to meet the needs of around 1.5 million people, or around 785,000 households.

Construction of the €2.8bn project began in 2015, and the farm now consists of 150 Siemens’ wind turbines, each with a capacity of 4MW, as well as two offshore high-voltage substations.

The substations are connected to a land station at the Dutch coastal town of Eemshaven via a 110km export cable, before electricity is sent to the town’s TenneT power station.

The offshore wind farm is expected to create 75 to 100 permanent jobs in the seaport town where management and maintenance headquarters are located.

Financed by 25 banks from Asia, Australia, Europe and North America, the Gemini wind farm was developed by a consortium featuring Northland Power, which holds a 60 per cent stake, as well as Siemens with a 20 per cent stake and marine engineering firm Van Oord with a 10 per cent stake.

HVC, a joint venture consisting of 48 Dutch municipalities and six water regulatory authorities, holds the final 10 per cent interest in the wind park, which is expected to play a major role in helping the Netherlands hit its target of generating 14 per cent of its energy from renewables by 2020.

Covering a 68km area in the North Sea, the wind farm’s location has some of the “highest and most constant wind speeds” in the region at an average of 36km per hour, according to Gemini’s MD Matthais Haag.

“Now fully operational, Gemini will produce 2.6 TWh of sustainable energy every year, reducing the Netherlands’ CO2 emissions by 1.25 million tonnes,” he said at yesterday’s opening cermony. “We are proud to make this contribution to the realisation of the Netherlands’ sustainability targets.”