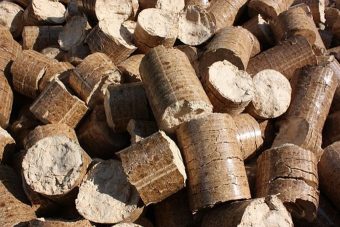 In order to more easily “achieve” its renewable energy goals (formally, at least), the state of Massachusetts may implement a plan that would see the burning of wood pellets classified as renewable energy.

This plan would also result in subsidies for the use of wood pellets as biomass fuel. Considering that some research has shown that wood pellets can have a higher total carbon footprint than even coal does, such a subsidy does not make sense from the perspective of reducing greenhouse gas emissions, and neither does counting biomass as an option to achieve the state’s renewable energy targets, of course.

It’s likely to make sense from the perspective of supporting a local industry, and allowing for official renewable energy goals to be “achieved” more easily though.

Climate Central provides more: “The plan is part of proposed new rules updating the state’s standards for alternative energy, which are expected to be finalized in the coming months. If approved, the updated standards would subsidize biomass fuel and add it to the energy sources that contribute to a requirement for at least 5% of the state’s electricity to come from certain renewables by 2020.

“Massachusetts is among the Northeast’s leaders in developing renewable and clean energy. In July, a new offshore wind farm — among the first in the US — was proposed for the coast of Martha’s Vineyard. It will be combined with large batteries to help meet a state mandate for the development of renewables.

“… On its website, the Massachusetts Forest Alliance, one of the chief proponents of the biomass rules, says burning wood for electricity is carbon neutral because emissions are offset as trees used for fuel are replaced by new growth. But a Climate Central analysis found in 2015 that switching to wood from coal increased carbon dioxide emissions at the Drax power station in rural England by 15 to 20 percent for each megawatt produced. Cutting trees for fuel also reduces the amount of carbon dioxide pollution that forests absorb.

“It can take decades to replace trees chopped into wood pellets, research shows. Some hardwood forests can take up to 70 years to soak up as much carbon dioxide as they spew into the atmosphere after being chopped down.”

Something else that should be realized here is that wood-pellet harvesting effectively strip mines the soils of the forests and regions in question — with important nutrients being sucked out of the land, leaving the biosphere there diminished from what it once was.