The joint venture of Marubeni and JinkoSolar secured the solar PV power project from Abu Dhabi Water and Electricity Authority (ADWEA) at a record-low tariff of 2.94¢/kWh. Once commissioned, the project will be one of the largest solar power projects in the world.

Marubeni and JinkoSolar will provide for 20% equity funding each while ADWEA will arrange for debt funding. The debt to equity ratio for the power plant is unusual compared to global standards where debt usually consists of 70-80% of the total project cost. The project is expected to be commissioned in 2019.

Abu Dhabi already hosts one of the largest concentrated solar power projects in Asia — the Shams 1.

Both the projects will form the backbone of United Arab Emirates’ move toward clean energy.

Through its submission to the United National Framework Convention on Climate Change (UNFCCC), the United Arab Emirates (UAE) announced its target to achieve 24% of low-carbon by 2021. The target is central to the Intended Nationally-Determined Contribution (INDC) …

The UAE Cabinet (…) endorsed the target to increase low-carbon energy contribution to the overall energy mix from 0.2% in 2014 to 24% in 2021. Low-carbon technologies would include renewable energy and nuclear power. This overall target would be distributed among the 7 Emirates, some of which (like Dubai) have already announced such targets. 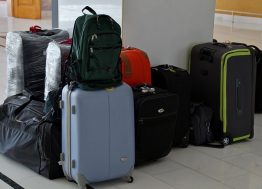