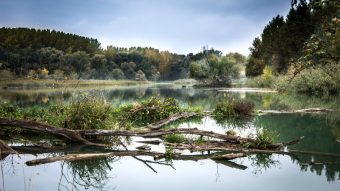 A European Environment Agency (EEA) briefing, published today, looks at the issue of river barriers and their impact on ecosystems.

The EU’s biodiversity strategy for 2030 aims to restore at least 25 000 km of free-flowing rivers by 2030, by removing barriers and restoring floodplains and wetlands.

The EEA briefing ‘Tracking barriers and their impacts on European river ecosystems’  provides an overview of the density of barriers in Europe’s rivers, their impacts, and how to strengthen monitoring and information about river fragmentation.

Single large barriers, such as dams, or a series of small structures alter a river’s natural flow and cause pressures on fish and other species as well as their habitats.

Based on recent studies, it can be estimated that there are more than one million barriers in European rivers and that about 10 percent of them are obsolete. 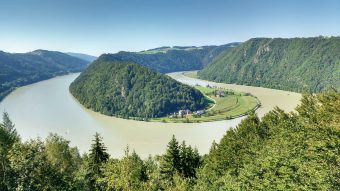 The EEA has earlier published data showing that barriers in rivers constitute a significant pressure for about 20 percent of European surface water bodies and they are one of the main reasons for rivers failing to reach good ecological status.

According to the EEA briefing, restoration measures aim to improve river continuity in several parts of Europe. Common measures include removing barriers, helping fish to migrate and re-establishing sediment transport.

The EEA briefing states that regular updating of a European database that keeps track of new, existing and removed barriers is important to monitor progress in restoring river continuity.

Moreover, these data should tell if barriers have been made passable for fish and other species or water and sediment flows.