Time is running out for Malayan tigers in the wild. Unless conservation efforts are stepped up these critically endangered striped predators might well go extinct in their habitats in Malaysia.

This stark assessment comes from tiger biologist Kae Kawanishi, a member of the Malaysian Conservation Alliance for Tigers (MYCAT). 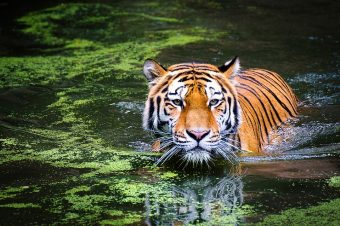 “The Malayan tiger (Panthera tigris jacksoni) is about to go extinct in the wild. Because of its limited distribution, only Malaysia can save this tiger from imminent extinction, but drastic actions needed are unlikely to come in time,” Kawanishi says.

“The tiger is the most endangered of the big cats on Earth,” she adds. “Four tiger subspecies have gone extinct in the past century and among the five surviving, the Malayan tiger is the least known, least supported and is closest to extinction.”

Experts believe that only as few as 150 Malayan tigers, which are endemic to Malaysia, may remain in the wild. Even these last few tigers, the remnants of animals that numbered several thousand only a few decades ago, are facing constant threats as a result of habitat loss and forest fragmentation.

“It is a matter of a year or two before the species loses its ability to cope environmental or demographic random events and processes,” Kawanishi warns. “There is no crisis greater than tiger extinction in Malaysia’s nature conservation history.”

This is no mere hyperbole. Within the past few decades, Balinese, Caspian and Javan tigers have all gone extinct.

Ironically, the very national identity of Malaysia is predicated on the majestic predators. Tigers are featured on the nation’s coat of arms as Malaysia’s national animals, and they are displayed proudly in the heraldry of national institutions.

Tigers also feature prominently in Malaysian folklore and are inexorably linked with the country’s self-image. Myriad athletic and sporting institutions, like Malaysia’s national football team, style themselves after the nation’s mighty Malayan tigers, helping cement an image of the country far and wide as a place where wild tigers roam.

Yet tigers that do continue to roam in the wild are now few and far between. Continued poaching is taking a toll on wild tigers in Malaysia. Over the past few years several wild tigers are known to have been killed by poachers.

“There is no time left now for peaceful dialogues and gradual improvements in the effort to protect tigers,” Kawanishi warns. “The only measure left to save the Malayan tiger is military protection against poaching now.”

Tigers are powerful creatures in their own right, but they’re defenseless against people who are out to harm them. Human greed, ignorance and cold-heartedness are driving these beautiful animals ever close to the verge of extinction.

More Than Half of Native European Trees Face Extinction,... 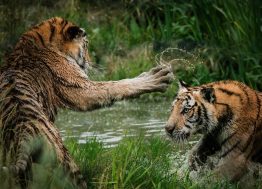 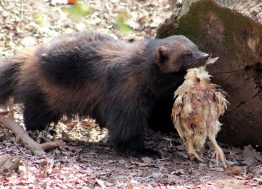