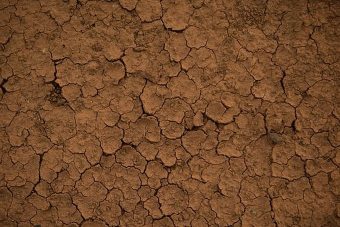 In the decades to come, a new study indicates that humans might seriously deplete groundwater resources throughout much of the world, including parts of India, southern Europe, and the US. And when that happens, nearly 1.8 billion people will go thirsty due to excess pumping for industry and agriculture.

According to the study, aquifers in the US will be the first to go, with California’s Central Valley, Tulare Basin, and southern San Joaquin Valley depleted as early as the 2030s Those in the Upper Ganges Basin of India would be the next to go between 2040 and 2060, along with those in areas of Spain and Italy. And between the 2050s and 2070s, scientists say aquifers that supply groundwater to parts of Texas, Oklahoma, and New Mexico could run dry.

The new research was presented by Inge de Graaf, a hydrologist from the Colorado School of Mines, at the 2016 American Geophysical Union Fall Meeting.

This isn’t the first time researchers have raised concerns about groundwater depletion – other studies have used satellite data to show that some of our largest aquifers are already nearly empty. However, this method was unable to track aquifers on a smaller, more regional scale.

The new study paints a more complex picture, using data on aquifer structure, water withdrawals, and interactions between groundwater and surrounding water to simulate groundwater depletion. It should be no surprise that the data indicates heavily irrigated regions in dry climates are the most at risk.

Unfortunately, we still don’t know exactly how much water is in these aquifers, which makes it hard to tell how long we have before they dry up. Hopefully we’ll develop the technology necessary in the coming years, so that people living in these areas don’t develop sudden, nasty surprises like the drying up of wells or rivers.