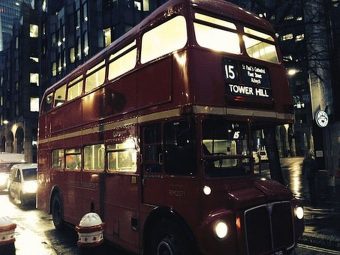 London’s 5,000 most polluting buses are to be upgraded to the latest Euro VI emission standard by 2020 under a new retrofit programme announced yesterday by the city’s Mayor, Sadiq Khan.

Under the £86.1m programme, around 5,000 buses will be retrofitted with a new exhaust system in a bid to reduce air pollution from their tailpipes by around 95 per cent.

City Hall said it was aiming for the entire London bus fleet to meet the Euro VI standard as a minimum by 2020.

In the latest move in the Mayor’s ongoing drive to clean up the capital’s air, Transport for London (TfL) will work with bus operators and five chosen suppliers to install the new bespoke exhaust systems.

Following a competitive tender process, five suppliers – Amminex, Baumot Twintec, Eminox, HJS and Preventia – were selected to provide and fit the exhaust equipment, with more than 40 new apprenticeships being created to support the retrofit programme.

Khan said there was “no doubt that by cutting the emissions of more than half of the fleet by up to 95 per cent, this innovative retrofit programme is going to make a huge difference to Londoners”.

It follows the launch last week of the Mayor’s draft green transport plan – a wide ranging strategy featuring proposals to expand the green bus network, introduce a ‘Toxicity-charge’ for the most polluting vehicles, and deliver a low emission taxi fleet. Under the strategy, all 9,200 buses across London are set to be zero emission by 2037 at the latest.

Meanwhile, Khan has also said more than 50 tube stations and five tunnels are to be fitted with industrial vacuum cleaners in order to clean up the air on the London Underground, according to the Evening Standard.

The moves come in the wake of an emergency air pollution alert which saw warnings displayed on road signs, bus stops and on the underground network last week.

The incident prompted Khan to request an emergency meeting with the government’s new Environment Secretary Michael Gove, whom the Mayor urged to “get a grip on the national air quality health crisis”.

In addition to the retrofit programme, diesel-only buses are gradually being phased out across the capital, and from next year all new double decker buses will be hybrid, electric or hydrogen powered.

TfL’s managing director of surface transport, Leon Daniels, said air pollution had reached “unacceptable levels” in London, but he described the retrofit programme announced today as “one of the most ambitious of its type” and would help to tackle the problem.

“By retrofitting 5,000 buses – over half of our fleet – with the latest green engine technology, we will be able to reduce vehicle exhaust emissions significantly,” said Daniels.