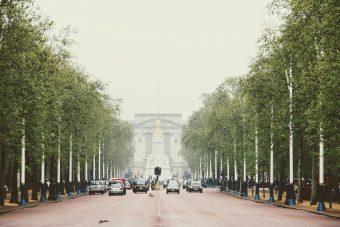 Campaigners, health charities and neighbourhood groups have welcomed plans by the London mayor, Sadiq Khan, to more than double funding to clean up the capital’s dirty air.

London is one of the most polluted of dozens of cities in the UK that breach EU standards on nitrogen dioxide (NO2), a toxic gas caused by diesel vehicles. Air pollution has been linked to nearly 9,500 premature deaths in the city each year.

Funding for air quality measures over the next five years will be more than doubled to £875m, under plans announced on Wednesday, up from the £425m committed under the former mayor Boris Johnson.

If approved at a Transport for London board meeting next week, most of the money – £312m – will be spent on cleaning up TfL’s 9,300-strong bus fleet. A further £65m will be used to compensate and encourage taxi drivers to switch from the oldest black cabs – those more than 10 years old – to new ones capable of zero emissions, meaning they will either run on batteries or hydrogen.

Local neighbourhood schemes will receive £14m for tackling some of the worst pollution hotspots outside the city centre. Plans will also be published next year to cut the number of buses running along Oxford Street, which researchers have said has the worst NO2 pollution in the world.

Khan said: “With nearly 10,000 Londoners dying early every year due to air pollution, tackling poor air quality is a public health emergency that requires bold action. I want London to be a world leader in how we respond to the challenge of cleaning up our air, and today I’m announcing that TfL will be doubling spending on improving London’s air over the next five years.”

Khan’s plans stops short of that, though the mayor is bringing in an “ultra low emissions zone” a year earlier than planned and has more than doubled its size. Owners of older diesel cars will have to pay £12.50 on top of the existing congestion charge to enter the zone.

The extra funding was welcomed by campaigners, though some called on the mayor to go further and ban diesel vehicles.

“Good job Sadiq,” said Simon Birkett, founder and director of Clean Air in London, but added: “We won’t be happy though till you ban diesel in London by 2020.”

Friends of the Earth London campaigner Sophie Neuburg said: “This cash injection from the mayor is great news for Londoners forced to suffer the impacts of the capital’s filthy air.” But she also called for Khan to follow the other cities and ban diesel vehicles.

Dr Samantha Walker, Asthma UK’s director of research and policy, said: “It is clear that action is needed and we welcome the extra investment to help clean up the air we breathe.”

The mayor also repeated his call on the government to do more to improve air quality, including introducing a scrappage scheme for the most polluting cars, a measure that officials have ruled out. On Tuesday, children and the British Lung Foundation delivered a petition signed by more than 20,000 people to 10 Downing Street urging more action on dirty air.