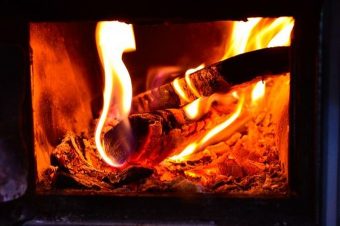 Wood-burning stoves could be producing up to one third of London’s fine particle pollution, according to figures cited by the city’s mayor, Sadiq Khan. A ban on the stoves could help address the air pollution plaguing the capital; last week, Khan triggered the emergency air quality alert for the seventh time in 13 months.

Wood-burning stoves have recently been popular in Britain – The Guardian reports 1.5 million have been sold in the country. 16 percent of households in southeast England have the stoves, compared to five percent nationally. But somewhere between a quarter and a third of fine particle pollution in the capital could arise from domestic wood burning. And King’s College London research indicates during very high air pollution in January, domestic wood burning yielded half of the emissions in some parts of London.

Khan said, “Non-transport sources contribute half of the deadly emissions in London, so we need a hard-hitting plan of action to combat them similar to moves I am taking to reduce pollution from road vehicles. With more than 400 schools located in areas exceeding legal pollution levels, and significant health impacts on our most vulnerable communities, we cannot wait any longer.”

In a letter to Environment Secretary Michael Grove, Khan requested London’s environment department amend a Clean Air Act to set up zero-emission zones where people won’t be allowed to burn solid fuel from 2025 on.

Khan also called for tougher enforcement on emissions restrictions for construction machinery like diggers and bulldozers, and for greater powers to tackle emissions coming from Thames River traffic.

In a statement, the London government said half of air quality

come from cars and other road vehicles, and that the second-largest source of PM 2.5 particles is construction machinery.