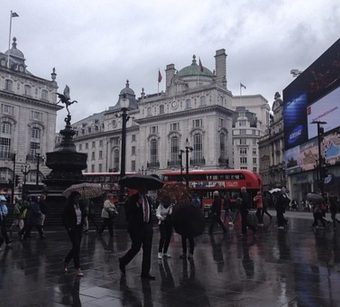 London’s economy has grown as greenhouse gas emissions have fallen over the past five years, but future decarbonisation in the capital will “need to be significantly more ambitious both in scale and pace”, a Mayoral advisory body report has warned.

The London Sustainable Development Commission published its fifth Quality of Life report on Friday, confirming steady, positive progress has been made overall across a range of environmental indicators since its previous report in 2012.

It shows that London’s total CO2 emissions have fallen 11 per cent since 2012 despite a growth in population, with per capita emissions in the city lower than the rest of the UK.

But it warns this decoupling of economic growth from emissions is not certain to continue, as future emissions reductions are likely to be harder to deliver than those which have been achieved to date.

“This, combined with the fact that emissions will need to drop significantly further if London is to meet the Mayor’s aim of London being zero carbon by 2050 and contribute to the overall commitments from the Paris Agreement, mean that future carbon reduction activity will need to be significantly more ambitious both in scale and pace,” the report states.

The challenge of adapting the city to be more resilient to climate change is also highlighted, with the report noting that London is in future expected to be warmer overall, as well as significantly wetter in the winter and drier during the summer.

Such changes are likely to generate increased incidences and severity of flooding the report warns, advising London’s flood defences will need upgrading and that residents must become more aware of flood risks.

Yet at the same time, there is expected to be increased water shortages in the capital, which has the most people living in the driest part of the country. This is likely to require greater monitoring of domestic water consumption in future, according to the LSDC.

“Owing to past and current emissions of greenhouse gases some level of climate change is inevitable,” the report states. “Arguably this is one of the most pressing issues threatening London’s future quality of life.”

Since being set up by the Mayor of London in 2002, the LSDC produces reports every five years as evidence to help guide decision-makers on improving quality of life for Londoners – 11 of its 32 indicators relating to the environment. These green indicators cover CO2 emissions, air pollution, flood risk, recycling and access to nature, among others, and LSDC’s report demonstrates broadly encouraging progress across key areas over the past five years.

In addition to the cuts in carbon emissions, the report indicates a long-term trend away from private motorised transport in the city, with the public transport mode share increasing by 15.2 percentage points since 1993.

Moreover, despite growing concern over air pollution in recent years, emissions of nitrogen dioxide (NOx) and particulate matter (PM2.5 and PM10) in the capital fell between 2008 and 2013 according to the report – although it cautions that the city is still failing to meet national legal limits and that many areas exceed health guidelines.

However, it is not all good news. While CO2 emissions from household waste management have fallen over the past five years (to the point that this area now produces net carbon savings), there has been little improvement in the percentage of waste being recycled or composted, reflecting a wider national trend.

LSDC chair Dr Ashok Sinha said it was “heartening” to see progress in a number of areas towards London becoming a more sustainable city, but that major challenges remain which require an “urgent, collective response”.

“We invite all of those with a leadership role in improving Londoners’ quality of life whilst living within our environmental means – decision-makers at London and national level, public and private sectors and civil society – to use these data to develop the policies and innovations needed to make London more sustainable,” Sinha said in a statement.

It follows the launch of the Mayor of London’s draft economic development strategy – dubbed the London Plan – last week, which set out proposals to make London the world’s first ‘National Park City’ and turn the capital zero carbon by 2050.

Mayor of London Sadiq Khan said he was “determined to do all I can to make the capital a cleaner, safer and fairer place to live and work – but there is much more central and local government must do”.

As Khan notes – and the LSDC report lays bare – London, like many cities, faces growing challenges from climate change. It seems it has much work to do to ensure it is a city built for a low carbon future.