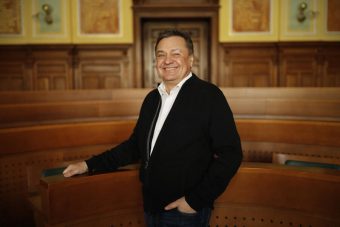 The city government of the Slovenian capital defined the goals of sustainable mobility in 2007, and in the priorities, in accordance with the Plan for Sustainable Urban Movement adopted in 2017, they made an effort so that by 2027 citizens will mostly do their jobs by walking or using bicycles and public transport. Today, Ljubljana can boast of new and reconstructed bridges that shorten the walking distance for citizens, as well-maintained bicycle paths in the length of 300 km and electric vehicles for senior citizens.

The mayor of Ljubljana, Zoran Jankovic, an economist who was very successful in running the Mercator business system for several years, has been taking care of the direction in which the capital of Slovenia is developing for the last 14 years. How this destination in the future look like, to which Ljubljana, under his leadership, aspires, and which goals have already been achieved, are just some of the questions to which Zoran Jankovic gave us exhaustive answers, in which the real refreshment was the absence of desire for any politicking.

EP:How difficult is it for citizens to adapt to a new sustainable mode of transport? 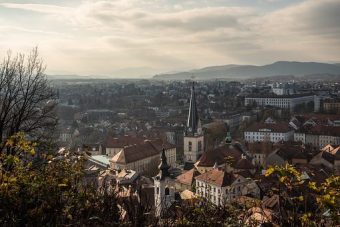 Zoran Jankovic In the beginning of my first term in 2007, we adopted the strategic document Vision of Ljubljana 2025, which outlined the direction of sustainable development of the city. This was the basis for all subsequent documents, including the Comprehensive Transport Strategy from 2017. At the beginning, it was not easy because it was necessary to change the established habits of the citizens. People usually take changes with suspicion, they prefer what is known, while change brings uncertainty and something new, unknown. Many people thought that the city centre would die if we stopped the motor traffic in it, and the opposite happened – the centre came to life again, became the centre of events and a favourite gathering place, like a living room, where various events take place. Today, there is almost no one who would like to return to the old, and many, especially the younger generation, do not even remember that a city bus used to pass there. In the centre of the city, we have intended more than 12 ha of area for pedestrians, and cycling is also allowed while respecting pedestrian precedence. In order to make it easier for elderly citizens and those who have difficulty walking, we have introduced 6 electric vehicles – cavaliers, which take them free of charge to their destination within the pedestrian zone. We are also proud of our electric train – Urban, which allows you to reach the most prominent areas of the city. We have reconstructed or built as many as 13 bridges over the river Ljubljanica and thus reduced the distance for pedestrians.

EP: Ljubljana is one of the best cities for cyclists in the world. What contributed most, apart from the relief potential, to the development of cycling and the safety of cyclists in traffic?

Zoran Jankovic We are proud of that, and we invest a lot in cycling infrastructure. With every renovation or construction of a new road, we must add bike paths. Last year alone, we allocated more than 20 million euros for the area of traffic infrastructure, which also includes bicycle paths. We must not forget the very popular bicycle rental system – BicikeLJ, which has greatly contributed to the popularization of cycling, especially because the first hour of riding is free. And Ljubljana is a city where you can get from one end of the city to the other in just that time.

EP: Ljubljana has 300 kilometres of bike paths. What are the further plans related to relieving traffic from motor vehicles? 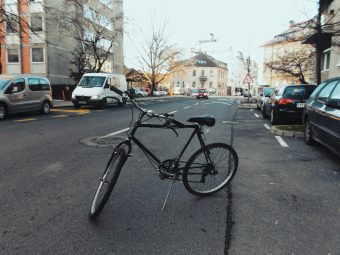 Zoran Jankovic We follow the models of the countries that are most developed in that area, such as Denmark and the Netherlands, in order to adapt and fit them into our space. As you have noticed, we have arranged more than 300 km of bicycle paths, and for three years now we have been among the 20 cities in the world that stand out with their best-arranged bicycle infrastructure. This is probably one of the reasons why the annual conference of the European Cycling Federation Velo-city was supposed to be held in Ljubljana this year, which was postponed to 2022 due to the situation with the coronavirus. One of the key moments in relieving the traffic happened when we disabled access to motor vehicles on the part of the main road, on Slovenski road, and rearranged it into a space for pedestrians, cyclists and public transport, in the so-called shared space. It means that each traffic participant must be careful and watch out for all other participants. We are also introducing a number of other changes that we want to alleviate motor traffic. In certain places we limit the speed to 30 km/h, we introduce one-way streets for motor vehicles, and those same streets become two-way for bicycles, at some intersections with traffic lights we give priority to pedestrians and bicycles so that they get a green light before cars. At some at intersections, cyclists can be in front of cars. However, we must not forget that, as in everything, it is important to find the right measure. Until recently, cars dominated the public space, the situation is now changing, but we cannot completely exclude them. We will certainly continue to pursue our set goals towards sustainable development. 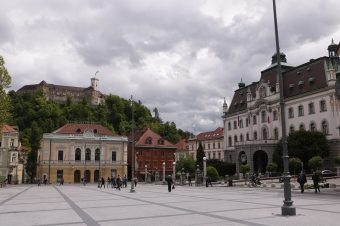 EP: Since you introduced “BicikeLJ”, the number of bicycles rented has reached more than seven million. In what way, a system like this, as a supplement to public transport, but also counters for cyclists, by promoting urban cycling, change the consciousness of citizens and help them in their decision to turn to green transport?

Zoran Jankovic In addition to arranging infrastructure for bicycles, BicikeLJ, as a well-designed, simple and easily accessible bicycle rental system, is a magnet for even greater use of this means of transport. We try to enable our citizens to use alternative means of transport in various ways. We are building public parking lots P+R (park and ride) on the outskirts of the city, which citizens can reach with their vehicles, pay 1.2 euros for all-day parking and get a return ticket for public transport. In some of these parking lots, we have BicikeLJ checkpoints, and bicycle parking stands. There are 6 P+R parking lots in Ljubljana. During last year’s visit of the representatives of the company “JCDecaux”, who designed the bike rental system, we were pleasantly surprised by the information that Ljubljana is the first inthe world to use BickeLJ. On average, each bike is used 8 times a day. We have 620 bicycles in that system, the first hour of renting is free, and more than 99 per cent of them are used.