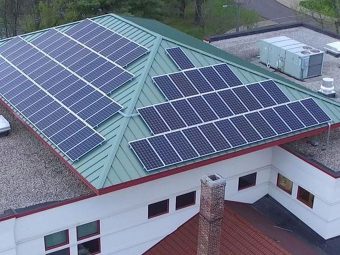 The McMillan Memorial Library has a 20,000-square-foot roof. In coming weeks, that space will be filled with 480 solar panels. Library director Andy Barnett said workers from Spring Grove, Minnesota-based Viking Electric will install the panels on every part of the roof.

“There won’t be much space left up there to walk,” Barnett said.

The library previously installed LED lights and control panels in its interior to be more environmentally friendly and reduce electricity use, but the staff and library board wanted to do something to generate power, Barnett said. The library spends more than $40,000 a year for electricity, he said. McMillan’s project will make it the latest public building in central Wisconsin to use a renewable energy source, following a library in Merrill. 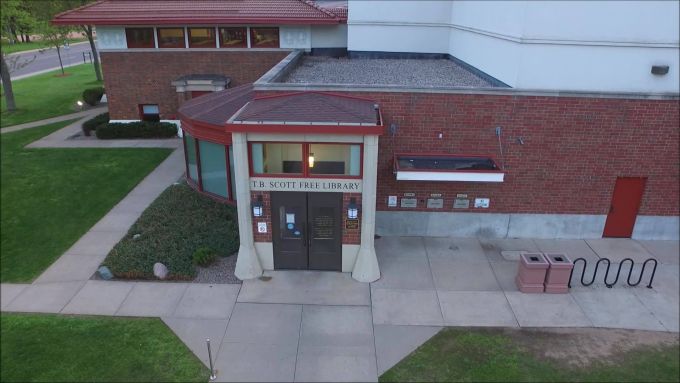 The Library Board received eight proposals for the project, and selected one that allowed it to spread the $250,000 it will pay towards the  $419,235 cost of the project over time.

Viking Electric, which got the contract, is owned by Scott Prahl, a Wisconsin Rapids native who graduated from Lincoln High School in 1989.

“It’s really cool to be involved in doing this in the city and my home town,” Prahl said.

Viking Electric will own the panels for six years, and for that time will claim tax breaks meant to encourage clean energy. Once the tax breaks expire, the library plans to purchase the panels, paying about $125,000 from endowment funds and $125,000 from private donations. None of the project cost will come from taxpayer money, Barnett said. 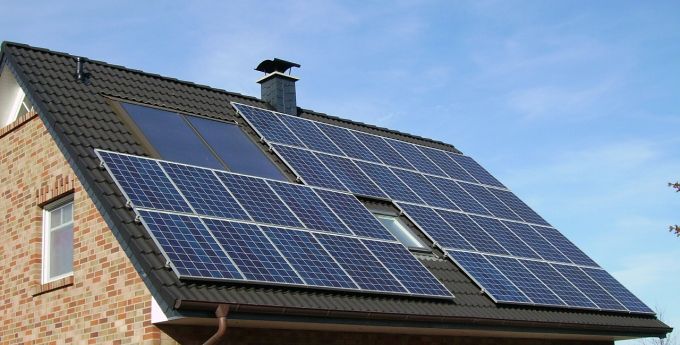 The Merrill project is much smaller, with only 79 panels, Stevens said. That library is one of the more than 2,000 libraries built across the country by the steel magnate and philanthropist Andrew Carnegie between the 1880s and 1920s. The building is on the National Register of Historic Places, which prevented the staff from placing anything on the roof of the historic building, Stevens said. They could, however, put the panels on a 2001 addition to the library.

The project at the Merrill library includes an educational component, Stevens said. A large monitor in the library’s lobby allows visitors to monitor how much the solar panels are producing, Stevens said. The solar panel system, which went online on June 1, should produce about 30,000 kilowatt hours of electricity annually.

Library staff also has placed large prints of the solar panels taken by a drone earlier this year so that people can see what the system looks like, Stevens said. The library is working with the Merrill School District to get educate students about solar power in the middle school, Stevens said. 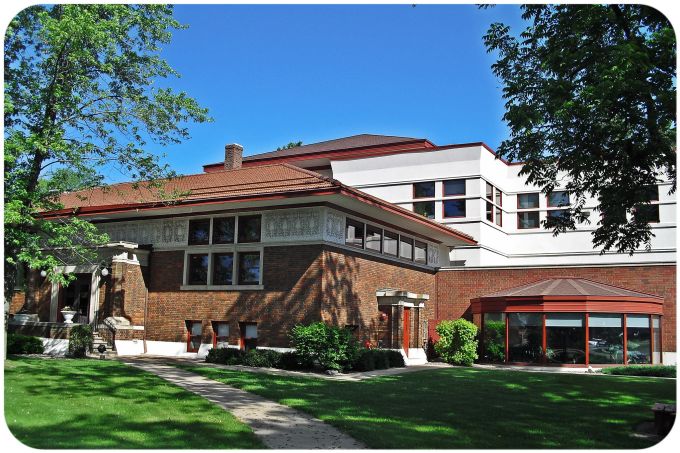 The solar power project also is a good way to attract young adults to the communities, Stevens said. The Library Board believes that trying to be progressive and looking at alternative sources of power may be one of the things young people are looking for, she said.

The solar power project in Wisconsin Rapids is the first on a city building and fits in with the city’s desire to be more sustainable, be environmentally friendly and save taxpayers money, Wisconsin Rapids Mayor Zach Vruwink said.