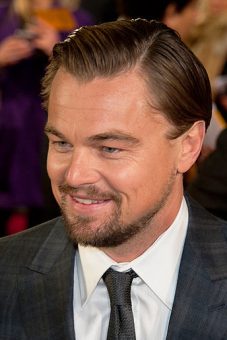 Scientists and tour operators on the Great Barrier Reef have extended a “non-political” offer to show Leonardo DiCaprio the impacts of coral bleaching, after the Queensland government responded to the actor’s comments on bleaching by inviting him to visit the reef.

Dean Miller, a marine biologist and science director of the non-profit group Great Barrier Reef Legacy, said he wanted to say to DiCaprio: “We would like to take you to the Great Barrier Reef and show you firsthand what we see, no political or media spin, just the facts from the scientists themselves to show you what is really happening here.”

At the US State Department’s Our Ocean conference in Washington, Leonardo DiCaprio made an impassioned plea for policymakers to save coral reefs by addressing climate change.

He highlighted recent bleaching on the Great Barrier Reef.

“This year, Australia’s Great Barrier Reef suffered what is thought to be the largest bleaching event ever recorded,” he told the meeting, after being introduced by the secretary of state, John Kerry.

“Over 600 miles of reef previously teeming with life is devastated. We are seeing this level of impact to coral reefs around the world from Hawaii to the Florida Keys, from Madagascar to Indonesia.”

He said what he saw in other reefs around the world took his breath away: “Not a fish in site, colourless, ghost-like coral, a complete graveyard.”

In response, Queensland’s deputy premier, Jackie Trad, invited DiCaprio to come and see the reef for himself.

“He can come any time he likes, he’s absolutely welcome to come to Australia, to come to Queensland and to come to the Great Barrier Reef,” she said in Brisbane.

In response, Great Barrier Reef Legacy – a non-profit organisation of scientists, tourism operators, filmmakers, educators and conservationists – made its own offer.

“All of us at the GBR Legacy live and breath the Great Barrier Reef every single day and are seeing firsthand the damage that climate change is doing here,” said Miller, who is also a documentary filmmaker.

John Rumney, a veteran tourism operator on the reef and the managing director of GBR Legacy, said he wanted to take DiCaprio out to see the reef’s largest single coral colony – a 1,000 to 2,000-year-old boulder coral he said was called “the monolith”.

“If Leonardo can see the current health of the Great Barrier Reef for himself, especially the largest and possibly the oldest coral colony here on the reef, he will be as shocked as we all are,” Rumney said.

“Rather than being ushered and controlled by a government agency that has demonstrated it will do anything to put a spin in their favour, the reef needs to be first.”

It wasn’t clear how serious the government’s offer to DiCaprio was but GBR Legacy’s offer is backed by Aroona Luxury Charters, which said it would put up $54,000 to fund DiCaprio’s trip. He could dive the reef from its luxury ecotourism boat, said Ross Miller, Aroona’s captain and manager.

“If Leonardo can assist in any way, then we would be honoured to take him to the reef on a week-long expedition into the northern and more remote sections to show him why the reef is so special to us all, and why we need act now,” Ross Miller said.

He said the boat could offer a more remote and adventurous tour than others that were available.

The Great Barrier Reef was hit hard by the global coral bleaching event this year. With a strong El Niño adding to global warming, reefs around the world turned white and died.

On the Great Barrier Reef, 93% of reefs were affected by bleaching and almost a quarter of the coral is thought to have died.

GBR Legacy is hoping to soon launch the first “independent” privately funded research vessel on the reef, which would offer free space to scientists, students and media, Dean Miller said.

“We are opening our arms and our doors to anyone on the planet that can help us overcome the great barriers to save our reefs and Leonardo DiCaprio is most certainly someone who can help us make significant and positive changes for the future health of the Great barrier Reef.”