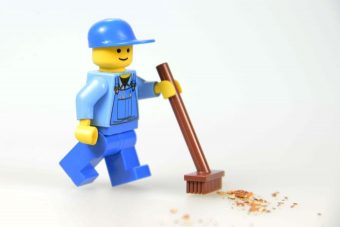 The Danish toy giant said it is aiming to further increase its carbon efficiency per LEGO brick by an additional 10 per cent by 2020, as well as further engaging with its key suppliers to reduce CO2 emissions throughout its supply chain.

The company also said it would continue to ensure 100 per cent of its energy consumption “is balanced by renewable energy sources”, a target the firm revealed it had reached last month following the opening of the 258MW Burbo Bank Extension wind farm – in which Lego’s parent company owns a 50 per cent stake.

Marjorie Lao, who as chief financial officer is responsible for LEGO’s sustainability strategy, said climate change was a “major challenge” facing the world and the firm still had considerable work to do to minimise its impact on “the planet out children will inherit”.

“We have made solid progress balancing 100 per cent of our energy consumption with renewables, but we know there is more to do to make the production of Lego bricks more sustainable, especially in reducing CO2 emissions from our factories and the entire supply chain,” said Lao.

The new targets build on LEGO’s achievements through its membership of WWF’s Climate Savers programme, which it joined in 2014. Since then, the company has improved the energy efficiency of producing LEGO bricks by 12 per cent and invested 6bn Danish Krone in two offshore wind farms.

In setting the new climate goals today, LEGO and WWF have now agreed to extend the partnership. Lao said the environmental NGO would “challenge us to think differently about how we operate” and inspire the company to set ambitious climate targets.

Bo Øksnebjerg, CEO of WWF Denmark, said the partnership demonstrated how businesses and NGOs can work together towards environmental goals.

“We urgently need to take action to pursue sustainable development now and in the future – simply because the planet is under huge pressure,” he said.”Impacts of climate change are already being felt by many communities and ecosystems worldwide, and we need to mitigate those impacts to secure a better living for our children and generations after them.”