A total of 43 cities have scored an ‘A’ rating in a new climate-action ranking published by CDP. 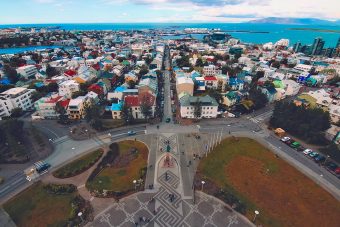 This means around only 7% of the 596 cities assessed scored top marks based on how effectively they are measuring and tackling greenhouse gas emissions, as well as adapting to the risks posed by climate change.

CDP awarded cities between an ‘A’ and a ‘D-’ score – an ‘A’ grade means a city demonstrates strong sustainable strategies and tracks its emissions on a consistent basis – Barcelona, London, Paris, Cape Town and Hong Kong were among this group.

The report shows whilst five cities, including Paris, San Francisco and Canberra, have city-wide 100% renewable energy targets, Reykjavík is the only city that has reached this stage already.

Kyra Appleby, Global Director for Cities, States and Regions at CDP, said: “Cities house more than half of the world’s population and are responsible for over 70% of the world’s energy-related carbon emissions, so they could make or break efforts to tackle climate change.

“We urge cities worldwide to step up their action, set targets in line with what the latest science says is needed to prevent dangerous climate change and transparently share their progress.”