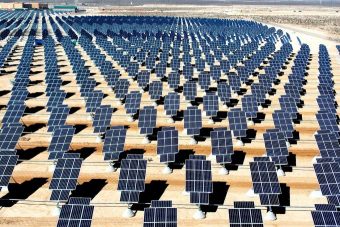 Government agency JTC Corporation has called a tender for installation of solar panels on a 3.9-hectare vacant plot of land on Jurong Island – in a first-of-its kind project in Singapore.

Solar panels are typically placed on rooftops for up to 20 years at a go. But in this instance, JTC stated that the panels must be able to be dismantled and relocated within six months in land in case the land is used for development.

JTC’s assistant CEO of engineering and operations group, Heah Soon Poh, said the programme – called SolarLand – aims to “maximise the use” of vacant land by allowing “the installation of solar panels as an interim use to contribute towards the supply of clean energy in Singapore”.

“We definitely welcome this kind of new concept because it expands the available area for solar deployment in Singapore,” said Sunseap’s senior business development manager for special projects, Shawn Tan.

The firm is looking at deploying what it calls “modular” structures if it wins the tender. “It’s just like Lego pieces. You design a structure that can hold, for example, three pieces of panels.

When you dismantle it, the three pieces of panels can be easily deployed modularly in threes,” he said.

JTC said in its tender that it will foot costs of relocating the panels. It added that the tenure will be for six years, with the option to renew for another two terms of six years each. But this could still prove to be an issue for firms.

“Financiers are used to financing solar systems that are in a fixed location for at least 20 years,” said Mr Tan. “When it comes to such a movable system, they are unfamiliar, and it may be a challenge to convince the financiers that such a system is bankable,” he added.