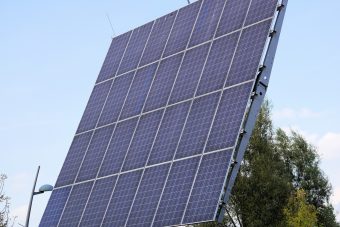 A 23.1MW solar plant covering a surface area of half a million square metres has been connected to Jordan’s national grid, the developers of the project have announced.

Nour Mousa, CEO of Desert Technologies, said achieving commercial operation on the Falcon Ma’an project was an important milestone for the company.

“It is a major achievement and validation of our integrated business model,” Mousa said. “Desert Technologies has once again positioned itself as a leading renewable energy company in the region, particularly off the back of our recent successes in round one of the Egypt Feed-in Tariff program, and looking forward to our home market of Saudi Arabia next year.”

Mousa also praised Jordan as the first country in the Arab world to commit significant support for renewable energy through its National Energy Strategy for 2005-2020.

Enerray’s CEO Michele Scandellari said there was huge potential for solar development across Jordan and the wider region, with Enerray having also just completed a 10MW Shamsuna project in the city of Aqaba.

“We truly believe in the huge potential for solar energy in Jordan, but also other Arab countries,” said Scandellari. “Together with our regional partner Desert Technologies, as well as our top quality suppliers, we are eager to help them in converting this potential into reality.”

Desert Technologies and Enerray, which own 25 per cent and 24 per cent of the plant respectively have jointly sponsored the project alongside Seci Energia – which owns one per cent – and 50 per cent majority local project partner Catalyst Private Equity.

The project was financed under the Seven Sisters renewable programme created by the World Bank’s International Finance Corporation (IFC) together with lenders including FMO (Dutch Development Bank), the OPEC Fund for International Development, Finnfund, Europe Arab Bank and Arab Bank.