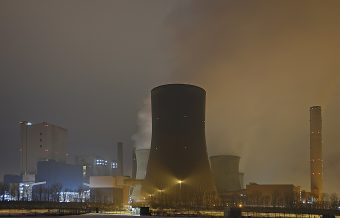 Japan’s government estimates the cost of cleaning up radioactive contamination and compensating victims of the 2011 Fukushima nuclear disaster has more than doubled, reports say.

The latest estimate from the trade ministry put the expected cost at some 20 trillion yen ($180bn, £142bn).The original estimate was for $50bn, which was increased to $100bn three years later. The nuclear meltdown at Fukushima was triggered by an earthquake and tsunami. The powerful quake and waves that followed left more than 18,000 people dead, tens of thousands more displaced and well over a million buildings destroyed or damaged. Almost 4,000 roads, 78 bridges and 29 railways were also affected.

The majority of the money will go towards compensation, with decontamination taking the next biggest slice. Storing the contaminated soil and decommissioning are the two next greatest costs.The compensation pot has been increased by about 50% and decontamination estimates have been almost doubled. The BBC’s Japan correspondent, Rupert Wingfield-Hayes, says it is still unclear who is going to pay for the clean up. Japan’s government has long promised that Tokyo Electric Power, the company that owns the plant, will eventually pay the money back.

But on Monday it admitted that electricity consumers would be forced to pay a portion of the clean up costs through higher electricity bills. Critics say this is effectively a tax on the public to pay the debt of a private electricity utility. The fault that caused the earthquake and tsunami is still causing trouble. Last week, a magnitude 7.4 earthquake hit Fukushima and Miyagi prefectures. Japan’s scientists said this was a strong aftershock of the massive 2011 quake. This time, Japan escaped with only a few reports of minor injuries, and tsunami waves of over 1m.