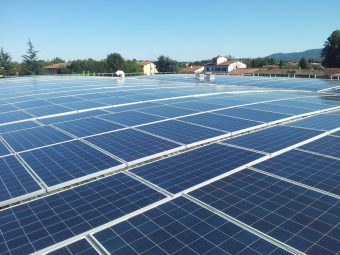 Jaguar Land Rover (JLR) has become the latest high profile firm to confirm it will source all its power from renewable sources, having last week inked a major long term purchase agreement with EDF Energy.

The auto giant announced the new deal will see it purchase all its power from renewable sources through to at least March 2020. The company said the supply agreement would be backed by Renewable Energy Guarantees of Origin (REGO) certificates, which will show that a proportion of EDF Energy’s renewable energy generation is ring-fenced specifically for use by JLR.

“Our future is low-carbon, clean and efficient,” he said in a statement. “Our programme to reduce our burden on the National Grid doesn’t end here: we seek continual improvements, both in how we can reduce energy consumption further and how to minimise our carbon emissions. Our aim is to give our customers assurance that the company’s electricity will come from renewable sources: those being in addition to the solar array at our Engine Manufacturing Centre in Wolverhampton, one of the largest rooftop installations in Europe.”

The news came as JLR published its annual sustainability report detailing how on-going design improvements and investment in energy efficiency meant it had cut energy use per vehicle produced by 38 per cent over the past decade.

It also revealed that more than 50,000 tonnes of aluminium waste had been diverted from landfill, preventing more than half a million tonnes of CO2 from being emitted and providing enough reclaimed to make around 200,000 Jaguar XE body shells.

The company is the latest in a string of high profile brands to commit to sourcing 100 per cent renewables, as firms seek to insulate themselves against fluctuating fossil fuel prices and deliver deep emissions cuts.