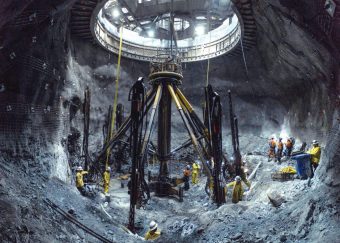 The American information site Bloomberg published an estimate that lithium demand will increase eight times in the next ten years. This forecast does not seem surprising, since there is already an almost insatiable hunger for batteries that power numerous devices, from iPhones to electric cars, which contain this alkali material. It is not difficult to conclude where we stand in this frenzy for perhaps the most sought raw material in the world at the moment if we take into account that one of the world’s largest jadarite deposits (from which lithium is extracted) is located in the Jadar Basin in Western Serbia.

Our reserves of this ore are estimated in the range of 100 to 200 million tones. Although it is popularly called “Serbian oil” because ten per cent of the world’s reserves are located on the Serbia’s territory, the lithium obtained from jadarite for the inhabitants of the Loznica area is not just a paradigm of the future economic prosperity of this area.

We asked the representatives of this company, which is registered in Serbia as Rio Sava Exploration, and Miroslav Mijatović, the president of the Podrinje Anti-Corruption Team (PAKT) who has been following plans to open the mine from the beginning whether the “treasure of the future” is buried in Serbia and what benefits the local population, the company Rio Tinto that will do the ore exploitation, and the state have. As you will notice, the answers given to us by the representatives of Rio Sava Exploration are not accompanied by the name and surname of the person whocompiled them. It is not common for our Confrontation section, and since we did not want to omit the other side, very important and powerful in this ore exploitation venture such as Rio Tinto, we decided to deviate from the rule, where persons with name and surname confront their views and publish their answers as follows.

EP: Lithium Mine is declared as a new hope not only for the residents of the Loznica region but also for the whole of Serbia. What is the role of lithium in the future?

Rio Sava Exploration: Lithium owes its importance to the fact that at the global level the so-called the “green agenda” is becoming one of the priorities, which, among other things, means reducing carbon dioxide emissions. In the EU, measures related to CO2 emissions are constantly being tightened, so the expansion of electric and hybrid cars is expected in the coming years. This is where lithium comes into play because it is primarily used to produce high-density energy batteries for this type of car. It is also used for the temporary storage of electricity obtained from large systems of solar panels and wind generators, which greatly contributes to this goal – reducing CO2 emissions and the transition to a green economy. It is important to point out that the green economy plays a role in the design and planning of the future exploitation and processing of jadarite. We are considering the number of measures and investments to ensure the lowest possible direct and indirect emissions of carbon dioxide.

Miroslav Mijatović: The role of lithium-ion batteries is already extremely large since these batteries are used in the production of electric cars, and also telephones and many electrical devices of modern technology. However, there is a misconception that lithium batteries for vehicles are an environmentally friendly solution, which is simply not true. Currently, in the most advanced countries in the world, the lithium battery is recycled in an extremely small percentage – from one to three percent. This can by no means be an acceptable solution from the point of view of environmental protection. As far as I know, science is paving the way for the production of cars that will run on hydrogen, which will be an acceptable environmental solution. Lithium certainly isn’t.

EP: What do the processes of obtaining underground deposits of lithium mineral and its extraction involve? What kind of consequences this procedure has on the local environment and nature protection? 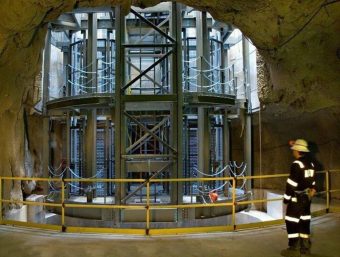 Rio Sava Exploration: Let us first explain the whole process, what will be produced and how. The final products of the Jadar mine will be lithium carbonate, boric acid and sodium sulfate. All three products will be in powder form. We must mention that the lithium carbonate will be of the quality needed to go immediately into the production of batteries, which is not the case with other deposits in the world but also required an intermediate phase in processing. The three mentioned products will be obtained from jadarite, which will first be exploited in an underground mine, and then go to prepare the mineral raw material you mentioned. That is only the first phase of processing, which involves crushing and wet classification, without flotation. Concentrated jadarite, which results from the first phase, goes immediately further into processing, that is, dissolution after which the final products are separated by crystallization. The processing of concentrated jadarite itself will take place in a modern plant with a new, innovative and stable technology that has been tested in a pilot plant in Australia and has undergone many independent audits by relevant experts in various fields. This means that our domestic and foreign experts’ team has improved the current lithium ore processing methods and lowered the processing temperature from over 250 to below 100 degrees Celsius, which is a much more environmentally friendly solution. When we talk about the Environmental Impact Assessment Study, it is being developed during the feasibility study, the development phase of the project, which is exactly the phase in which the “Jadar” project is in from August 2020. This Study is developed for all the project elements and includes an assessment of the cumulative impact, including the landfill. As for evaporation and deterioration of air quality, that is out of the question. Strict legal frameworks and standards are applied in the process industry, and in accordance with that, we will take all the measures defined by the Study on the Assessment of Environmental Impact by the competent institutions. If there is even the slightest risk to which there is no adequate technological response on our part, we will not be able to obtain the necessary permits to start the construction and use of the mine.

Miroslav Mijatović: What we know so far is very little. The plant for the preparation of mineral raw material will be produced concentrated ore of jadarite from the raw ore. On the surface, the ore will be crushed, wet sieved, rinsed and deposited. The crushing process was followed by wet sieving and hydro cyclones. The residue from the phase of preparation or mineral raw materials is fine granulation particles that are transported into precipitator. The processing plant will be located next to the ore beneficiation plant and produce boric acid, lithium carbonate (and/or lithium hydroxide monohydrate) and sodium sulphate. Depending on the production stages, the processing plant will be divided into parts for dissolution and crystallization of boric acid; elimination of impurities and crystallization of sodium sulfate and other objects. Due to strong evaporations in the processing process, it is assumed that it will significantly deteriorate air quality, and it is still unknown exactly on which area. It is also certain that the number of sunny days will decrease in the Jadar valley area, and the wider impact on the environment will be acknowledged when the final location of the tailings is known. 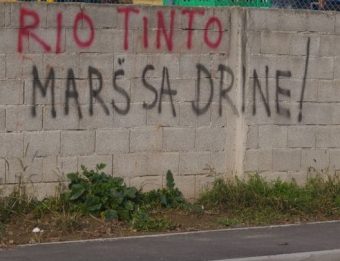 EP: In what way Rio Tinto plans to remediate the potential environmental devastation of the entire area allocated for the mine and how will the land rich in this ore be purchased?

Rio Sava Exploration: Rio Tinto primarily plans to build a mine, refining plant, process plant, industrial waste landfill and all supporting infrastructure following the best available techniques (BAT) as well as to apply all technical and technological measures that reduce the impact on the environment, respecting the legally defined limit values and standards. Thus, there is no ecological devastation of the area and therefore no need to rehabilitate it. We cannot deny the impact of mining, as well as industrial ore processing on the environment. Still it is our legal and any other obligation to apply protective measures approved by the competent institutions and to avoid or reduce the impacts to the legally approved minimum. Otherwise, neither we nor any other investor in the mining industry can obtain a permit for either construction or exploitation. Currently, the planned investment in the construction of systems and equipment in environmental protection alone amounts to over 100 million dollars. We can expect an increase in planned investments in this segment after completing of conceptual design and project design. The process of land acquisition is underway and is taking place in accordance with the laws of the Republic of Serbia and the best world practices, which principles have been determined by the International Finance Corporation (a member of the World Bank Group). Our goal is for both parties to be satisfied at the end of the redemption process.

We are aware that this is a sensitive and important issue for families involved in redemption, and that is why we approach this topic in a very transparent, careful and fairway. We are in a a regular communication with the landowners, and we are pleased to point out that in the vast majority of cases, we have developed the relationship of mutual respect and trust.

Miroslav Mijatović: We are not familiar with the fact that Rio Tinto completely rehabilitated any area where they mined. These are so far experiences, and the activists around the world are telling us about them. Recently, for example, they left the project on the island of Bougainville in Papua New Guinea, leaving the local population to take care of billion and a half tons of dangerous substances. For Rio Tinto to have an adequate field remediation plan, they would have to do it based on the relevant data on the impact of pollution. However, there is no such data, nor it seems to be of excessive interest to the company. When it comes to the redemption, Article 4 on the Law of Mining and Geological Research states that lithium ore is of strategic importance for Serbia. In paragraph 3 land expropriation is allowed for such projects. For that and only for that purpose, the Spatial Plan of the special purpose area for the realization of the “Jadar” project was adopted overnight, so that the locals would be informed soon after that their properties were converted from agricultural and forestry to construction land. According to our knowledge, Rio Tinto has hired a law firm, whose lawyers call the locals and arrange land sale. 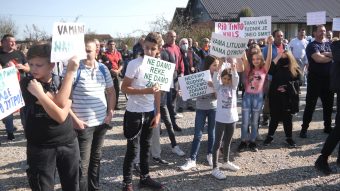 EP: Who finances the infrastructure needed for such an endeavor?

Rio Sava Exploration: When it comes to infrastructure for the needs of the project, it is financed by Rio Tinto. Financing of the public infrastructure is in the competence of the Republic of Serbia, and it is realized in accordance with the law and valid planning Acts.

Miroslav Mijatović: Unfortunately, the infrastructure for the mine’s needs will be financed by Serbia, that is the citizens. Of course, no one asked us if we have agreed that our money is spent on such things. The state treasury will finance 13.4 km of Loznica-Valjevo road, which passes by the mine itself and should connect it with the fast road Loznica-Šabac and the highway Šabac-Ruma-Novi Sad and Šabac-Belgrade. I think that the Loznica-Valjevo railway construction in the length of about 80 km will be much important for the company. I don’t know whether it is a coincidence or not, but on two occasions, the beginning of this railway’s construction was interrupted by the world wars.