The Italian government is preparing new fiscal measures to sustain the economic recovery, following months of lockdown at the peak of the coronavirus pandemic. Like in many other countries, particularly in Europe, economic stimulus is being directed preferentially to a sustainable recovery, especially in the transport and construction industries. As part of proposed new measures, current incentives for low-emission vehicles are set to be increased by at least 50% from August for the rest of the year, to levels aligned to similar policies recently adopted in countries like France and Germany. 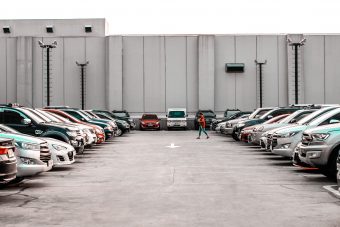 Under the bill, full electric vehicles (technically, vehicles with CO2 emissions between 0 and 20 grams/km) will now be eligible for a €10,000 discount when scrapping your old car, or €6,000 without doing so. This compares to €6,000 and €4,000, respectively, under the current “ecobonus” legislation that started last year. Also included in the scheme are hybrids with CO2 emissions between 21 and 60 grams/km, which will see their existing incentives boosted to €6,500 if scrapping an old car or €3,500 otherwise (current incentives are €2,500 and €1,500, respectively). These enhanced incentives will be funded in part by government and in part by carmakers, and will be available for cars up to €61,000, including VAT (which means most Tesla Model 3 trims will also benefit from it).

A bit more controversial is the inclusion in the bill of incentives for traditional internal combustion vehicles, which will receive a discount between €1,750 and €3,500 under similar terms, albeit with a maximum selling price of €48,400, including VAT. It’s a different signal to the one Germany recently gave with its new incentive scheme — no help for ICE cars there — but it’s clear that automakers (particularly Italy’s FCA group) played a key role in lobbying for broader incentives after the near-annihilation of the car market during lockdown.

While the extension of subsidies to non-electrified vehicles sounds odd at a time when the switch to e-mobility is increasingly obvious, the bulk of the proposed new measures is arguably among the best available today around the world and — along with local strict environmental regulations being progressively enforced in cities like Milan — will mostly favour EVs. It represents a huge boost to the existing ecobonus scheme for electric vehicles and it will clearly have a strong impact on electric car sales for the rest of the year. Italy’s car market is dominated by compact models, especially A and B segment cars, which is also reflected in the EV portion of it. At the price point of these models, typically below or around €30,000 (including VAT), the heft of the new incentives for electric mobility will be substantial.

The new scheme will give the ability to get a brand new fully electric car for as low as ~€12,000 (almost half price!) for a tiny model such as the Skoda Citigo-e iV — currently the cheapest BEV offering in Italy alongside its VW and Seat siblings. €20,000 will buy you an Opel Corsa-e, and very likely the base version of the brand new Fiat 500e (which is currently listed at ~€35,000 for the “La Prima” model, but is due for a cheaper base version very soon). Go up a few thousand and the list will include all of the most popular models in today’s Italian EV market.

The €20,000 threshold being hit by many electric models through the new incentives is particularly meaningful, as it roughly marks the average price of new cars sold in Italy — a rather low figure compared to other large European markets — and will open electric mobility to a much broader customer base. Beyond that, even upmarket cars such as Tesla Model 3 will become tantalisingly within reach of many more people (a Standard Range Plus will go down 20% from its ~€50,000 full price).

As the Italian EV market prepares to accelerate further from its recent highs (see June sales) thanks to the enhanced ecobonus, many carmakers are set to benefit — especially those with a compelling offer of compact electric models. The question, if anything, will be whether they are able to respond in time to the ensuing, explosive increase in demand, or if they will be limited by their own ongoing supply constraints, an ironic thought for the industry following months of sales drought during the pandemic.

We can see the likes of PSA (Peugeot, Citroën, DS, Opel, Vauxhall) and Volkswagen Group (with VW, Seat and Skoda) easily reaping the rewards of their recent EV offensive, through their range of different vehicles sharing a common technology. Other, less responsive car companies might quickly fall behind in the EV race. One thing is for sure: Italy and other European markets are now ready to seriously test the limits of current EV supply by legacy carmakers. As long as they are able to fulfill customers’ requests, the market is there for the taking.