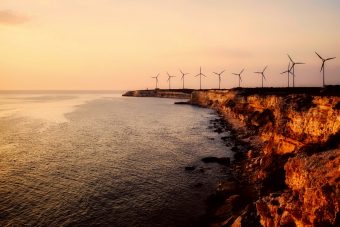 Powered by falling costs and rapid technology improvements, offshore wind capacity could grow by more than 650 per cent in the next 15 years, according to new research released today by the International Renewable Energy Agency (IRENA).

The market could grow from 13GW in 2015 to 100GW by 2030, IRENA said, with larger turbine blades and more sophisticated floating platforms allowing farms to be built deeper offshore, where winds are stronger and yields are higher.

Such technology advances are also expected to deliver rapid cost reductions for the industry. IRENA predicts average costs for electricity generated by offshore wind farms will fall by 57 per cent over time, from $170 per MWh in 2015 to $74 per MWh in 2045.

However, in order to realise this high growth future for the industry, governments must ensure enough investment is funnelled into technology innovation and adequate mechanisms are in place to reduce technical risk and finance costs, IRENA warned.

The report follows hot on the heels of a RenewableUK update this week that revealed how a number of leading British offshore engineering firms, such as JDR Cables, First Subsea and MPI Offshore, are well placed to take advantage of the growth in the global offshore wind industry.