KfW is a financial institution for domestic business, namely in Germany, but also for countries in the processes of development and transition. In addition to its headquarter in Frankfurt, it has regional offices in almost 70 countries in Africa, Asia, Latin America and South-East Europe. KfW Development Bank acts on behalf of the German Federal Ministry for Economic Cooperation and Development (BMZ). It is responsible for Germany’s so-called “Financial-Cooperation” activities within the area of development cooperation. We talked with Arne Gooss, the director of the KfW office in Serbia, about their investments, which now have reached almost EUR 2 billion, about ongoing Programme for entrepreneurship and self-employment promotion, about the outcome of activities taken for energy efficiency improvement as well as about other issues.

EP: What is KfW’s geographical scope and who exactly might be supported by KfW in this region? 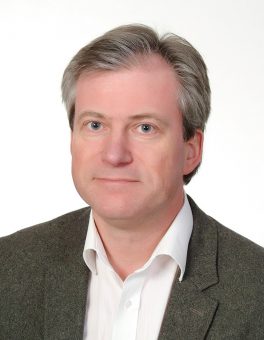 Arne Gooss: Our main focus in Serbia is its preparation for a future EU-accession and to help Serbia meet the targets of the acquis communautaire especially in the sectors of energy, water supply and disposal, waste management and environment. Besides this, we also promote sustainable economic development by providing credit lines for micro, small and medium-sized companies and municipalities. The choice of companies that could be supported by KfW depends on local needs and the general conditions in place. KfW Development Bank finances investments and reform programs that create better living conditions for the population and offer sustainable and climate-friendly solutions.

When we speak about Serbia, it can be differentiated between activities in the public and the private sector. For instance, in the public sector, we are active in the areas of energy and environment, which includes projects for energy efficiency, renewable energies, water supply and sanitation, as well as waste management and biodiversity. With our activities in the private sector, we aim to reach small and medium-sized enterprises (SMEs) and businesses with a positive social and environmental impact through which Serbia’s society as a whole can benefit.

EP: When the KfW programme of emergency support was launched in November 2000, aimed at the energy import and spare parts procurement, its budget was 70 million euros. It was all spent to provide stable electricity supply. It was almost 20 years ago. Are you familiar with what was the situation in the energy sector back then, especially in the aftermath of 1999?

Arne Gooss: The critical situation in post-war Serbia was the initial reason for German engagement in the energy sector, so we remember the situation very well. The Serbian energy sector was facing significant deficiencies in electricity supply after 1999, and the Serbian coal sector dropped from one of the most modern in the region at the end of the eighties, dramatically in the late nineties. With the KfW Emergency Aid Energy and Untied Financial Loan Energy programmes a contribution was made to stabilising the political and social climate and power supply in Serbia, the latter largely benefiting private users but also industry and trade. Both programmes were designed to support the new pro-reform government. At programme appraisal in 2000/01, Serbia was in a complicated process of political change. Regular and protracted load sheddings in the power sector seriously affected the conditions of life. Both programmes contributed to remedying this core problem. At programme appraisal, the  Serbian government had a clear and understandable interest in stabilising the power sector.

Besides our efforts, the Stability Pact for the Balkans accompanied by an aid programme being established on a Conference of Foreign Ministers convened by the EU on the initiative of the German government came into force in June 1999. Today Serbia is still aware of the sizeable economic importance of the energy sector and is continuing with its effective development to meet the EU acquis. While these and other earlier projects were aimed at ensuring a stable electricity supply, more recent projects have focused on making the energy sector more environmentally and climate-friendly by promoting energy efficiency and renewable energy sources.

EP: The investment in Serbia by KfW reached 1.9 billion euros. What sectors are chosen to invest in, and why is it important to help small business to expand too? What kind of companies has the priority for financing?

Arne Gooss: From the total investment amount of roughly EUR 1,9 billion that KfW Development Bank invested in Serbia since 2000, around EUR 1,3 billion EUR went to projects in the public sector and EUR 600 million in the private sector. As I mentioned before, in the public sector our work concentrates on energy and energy efficiency with a focus on renewable energy in wind and hydropower, as well as sustainable infrastructure, particularly in water supply and sanitation, wastewater, solid waste and biodiversity. In the private sector, we concentrate on loans for SMEs and municipalities. SMEs are of particular importance to us because they represent the backbone of the Serbian economy. SMEs in Serbia employ more than 66% of all employees and represent more than 99% of all economic entities in Serbia. In particular, KfW Development Bank aims to introduce new products in the financial market and to help SMEs to achieve easier access to these products. For this reason, SMEs have the priority for financing.

As you might know, in 2000, SMEs had limited access to loans. Private individuals with a low or medium income had almost no access to financial services. To solve this problem, KfW Development Bank, ProCredit Holding, Commerzbank, the European Bank for Reconstruction and Development (EBRD) and Dutch Development Bank FMO conjointly founded ProCredit Bank of Serbia. Also, together with the most important donors in Southeast Europe, KfW Development Bank established the European Fund for Southeast Europe (EFSE) in 2005. EFSE successfully activated private investment intending to increase the scope of loans for SMEs in Southeast Europe. By the end of 2017, its loan portfolio equalled EUR 131.4 million for more than 100,000 small enterprises. The way of financing SME today through KfW Development in Serbia is in place since 2007. 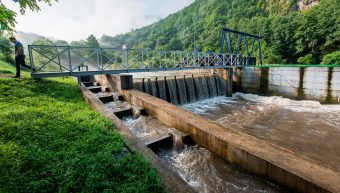 EP: Recently, promoting energy efficiency and renewable energy sources have come into the KfW’s focus. The result should be a more environmentally friendly energy sector. How far have you gone with the plan of the rehabilitation of hydropower plants in Serbia?

Arne Gooss: For reaching the goal of a more environmentally friendly energy sector, we are active in energy efficiency, where we work closely with the Ministry of Mining and Energy (MoME) and the Office for Public Investment (PIMO). In the field of RES, we see the reconstruction of ecologically friendly hydropower plants as one key component of sustainable energy generation. The rehabilitation of the hydropower plants Bajina Basta and Zvornik, financed by favourable loans of EUR 100 million, was one of the first projects in the area of renewable energy resources. The Bajina Basta and Zvornik hydropower plants were built in 1968 and 1955 and have exceeded their economic and technical life. Without extensive refurbishment and modernisation the two hydropower plants’ electro-mechanical units would suffer from serious malfunction. The project includes the rehabilitation of the turbines and the modernisation of the electro-mechanical equipment in both hydropower plants. The Bajina Basta and Zvornik projects have increased their capacity by 15 per cent and 25 per cent, respectively. In total, 460 MW of installed capacity have been rehabilitated, and 77 MW of power were additionally commissioned. This way, we increased the efficiency of production from RES. Also, the turbines have been overhauled in both power plants, and their service life has been extended by 30-40 years. The continued operation of the power plants avoids CO₂ emissions of around 1.9 million tons per year (compared to electricity production in a coal-fired power plant).

EP: In cooperation with the EBRD, KfW financed the introduction of a coal quality management system in Serbia’s largest mining area Kolubara. We are at the moment in the middle of the crisis concerning air pollution. As it seems, and official monitoring review confirms it, the majority (especially when it comes to PM10 and PM2,5) of it comes from thermal plants. How much will that novel system reduce CO2 emissions? 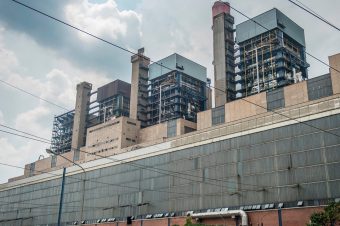