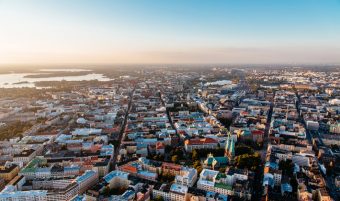 The European Investment Bank (EIB) has signed a loan agreement with YIT of Finland, in support of energy efficiency in an urban development project in Helsinki. The loan is guaranteed under the European Fund for Strategic Investments (EFSI).

“We are glad to contribute to “the second centre of Helsinki” as the Tripla project has been dubbed. Urban development and energy efficiency in the pursuit of more sustainable and competitive cities are strategic priority objectives of the EIB, also in connection to our commitment of at least 25% of all our lending going towards climate action. The fact that Tripla will be a near-zero energy building fits very well with that. Importantly, the EIB loan in support of the Tripla project is guaranteed under the European Fund for Strategic Investments (EFSI), part of the Juncker-Commission’s Investment Plan for Europe, which allows the EIB to expand its support for energy efficiency projects, amongst other things.” said Vice-President Jan Vapaavuori, responsible for EIB operations in Finland.

The EU Bank provided a EUR 130 million loan in support of the construction of Tripla near-zero energy building project in Helsinki, Finland. Apart from commercial real estate, the project also comprises a completely refurbished railway station and large parking facilities. The project is the cornerstone of commencing a multi-billion urban development and renewal scheme for the Pasila area of the Finnish capital, until recently a sizable rail and transport area but due to house some 12.000 residents by 2040. The Tripla building will be the biggest shopping centre in Finland by number of businesses and will serve as an important transport hub for the citizens.

The operation is fully guaranteed by the European Fund for Strategic Investments, part of the Juncker-Commission’s Investment Plan for Europe. The other financiers supporting the project are the Nordic Investment Bank, Danske Bank and Handelsbanken.