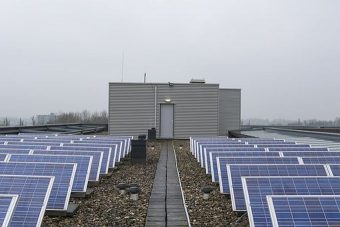 Solar-storage technologies could be about to enjoy a significant price cut, after the Solar Trade Association (STA) declared a partial victory for its campaign to secure a VAT cut for domestic solar-storage systems.

The trade body announced yesterday it has been informed by HMRC that battery storage systems that are installed alongside a new solar PV system will be charged a five per cent VAT rate, in line with the rate for standalone solar PV systems.

Energy storage technologies currently face the standard VAT rate of 20 per cent, which prompted the STA to submit evidence arguing solar-storage systems should qualify for the five per cent rate levied on energy-saving technologies and energy bills.

The paper called on HMRC to clarify the status of solar-storage systems, and urged the government to consider leveling a five per cent VAT rate on all battery storage systems, whether installed at the same time as a PV system or retrofitted to an existing PV system.

In a response, HMRC told the trade body integrated solar-storage systems where solar panels and batteries are installed at the same time would qualify as an energy saving technology and as such should meet the criteria for the five per cent VAT rate.

However, it also argued batteries that are sold separately should continue to be charged the standard 20 per cent VAT rate.

The STA welcomed the move, but confirmed it will continue to push for all storage technologies to be granted the five per cent rate, including those that are retrofitted to existing solar arrays.

Seb Berry, STA’s vice chair and head of external affairs at Solarcentury, said the move was “a helpful and welcome decision by the Treasury following a major lobbying effort from the Solar Trade Association”.

“Reduced VAT on new systems will encourage homeowners to embrace storage technologies alongside solar,” he said. “Solar remains a good investment and storage means householders can now take even greater control of their energy bills. All STA members will be delighted by this win.”

The latest news comes in the same week as Solarcentury announced its partnership with IKEA has extended to providing solar-storage systems, while US clean energy giant Tesla confirmed its first solar tile systems have been deployed as part of its push to provide integrated solar and storage technologies.

The Treasury was considering a request for comment at the time of going to press.