The south Indian state of Tamil Nadu has completed one of the largest solar power capacity allocations in the country. The state government recently confirmed that project developers have agreed to develop a 1.5 gigawatts of solar PV power capacity following a competitive auction.

Tamil Nadu Generation and Distribution Corporation (TANGEDCO) has announced that it awarded solar power projects with a cumulative capacity of 1,500 megawatts to 16 developers. All these projects have been awarded at Rs 3.47/kWh (5.4¢/kWh), the lowest tariff bid committed by 25 participating developers.

Last month, TANGEDCO received a massive response to the tender with project developers willing to set up 2.67 gigawatts of capacity against the offered 1.5 gigawatts of capacity. The bids submitted by the participating companies varied from Rs 3.47/kWh (5.4¢/kWh) to Rs 4.00/kWh (6.2¢/kWh), the maximum allowed bid.

A public sector company NLC Limited offered to place a bid to develop the entire 1.5 gigawatts capacity at Rs 3.97/kWh (6.1¢/kWh) but eventually agreed to do it to match the lowest tariff of Rs 3.47/kWh (5.4¢/kWh).

The successful tendering is a major milestone for TANGEDCO which has been really struggling to attract solar project developers when compared to other states like Telangana, Karnataka, Andhra Pradesh and Rajasthan.

While project developers have been given up to 24 months to commission their projects, the longest ever in Indian history, they have chosen to quote tariffs which are at a significant premium to the current lowest solar power tariff in the country. ACME Cleantech Solutions currently holds the record for the lowest solar power tariff in India at Rs 2.44/kWh (3.8¢/kWh). 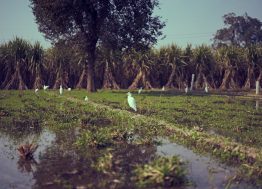