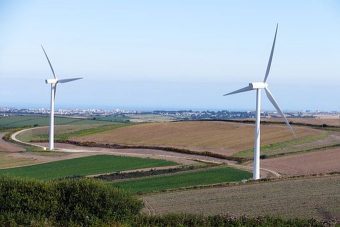 The Solar Energy Corporation of India (SECI), responsible for conducting wind energy auctions in India, has seen a tremendous response to the latest 1 gigawatt tender.

According to media reports, project developers have placed bids to set up a total of 2,898 megawatts against an offered capacity of 1,000 megawatts. The actual auction will take place soon, following some clarifications from the central regulator. This is the second wind energy auction undertaken in India at the central government level. The first auction took place in February this year.

The tender was oversubscribed with total 13 developers submitted bids equivalent to 2.6 gigawatts in comparison to 1 gigawatts bids called for. Bids were received from major giants including Adani Power, Hero Future Energies, Renew Power and Inox Wind. Most of the developers i.e. 69% bid to set up projects in the state of Tamil Nadu.

All but two project developers have reportedly mentioned Tamil Nadu or Gujarat as the host state for the projects.

With such a huge response to the tender, experts believe that tariff bids could drop to a new low. With the success of such competitive auctions the state governments have also decided to launch their own auctions. Gujarat and Tamil Nadu have launched their respective tenders under the state government’s policy to meet renewable purchase obligation.

With the sharp fall in tariff bids compared to the prevailing feed-in tariffs for wind energy projects, several state governments have refused to sign power purchase agreements with under-construction or soon-to-be-commissioned wind projects.