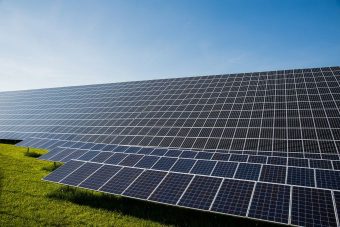 Karnataka Renewable Energy Development Limited, a state government agency, recently issued tender documents for 860 megawatts of solar PV power capacity. The capacity will be allocated in blocks of 20 megawatts each across 43 locations in the state.

Interested bidders will be allowed to bid for as low as 3 megawatts per site. It is unclear as to why the state government chose to distribute the solar power projects across the state. Projects at a single location, like a solar park, tend to have lower capital cost investment as multiple power plants can share transmission and other basic infrastructure.

A possible reason for the state-wide distribution could be to insulate the transmission and distribution network from sudden fluctuations in solar power generation. In fact, the government had earlier cancelled a tender for 750 megawatts due to lack of adequate transmission infrastructure. A part of this cancelled capacity has been re-tendered.

Karnataka is host to perhaps the largest solar power park planned in India. The Pavagada solar power park is expected to have an eventual installed capacity of 2,700 megawatts. Auctions for a substantial capacity have already taken place with some projects also commissioned.

The state, which plans for 6,000 megawatts of solar power capacity operational by March 2022, clearly does not want all of its solar assets concentrated at one place and has thus decided to distribute the projects across districts.

It is heartening to see states taking initiative to push India’s solar power target of 100 gigawatts by March 2022. The central government recently announced plans to have 74 gigawatts of solar power capacity auctioned between January 2018 and March 2020.