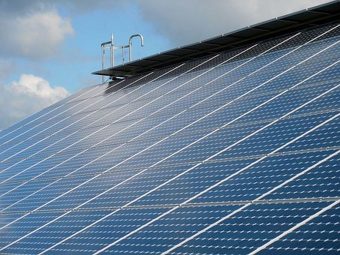 On the heels of the successful allocation of 750 megawatts of solar power capacity at record-low rates, the Indian Railways is now looking to replicate this model to ensure a cheap and sustainable power supply.

The Indian Railways has approached the government of Madhya Pradesh with a proposal to set up a mega solar power park with a capacity of 700-800 megawatts (MW). The project will come up at Shajapur, a few hundred kilometers east of the Rewa solar power park which received the lowest-ever tariff bid ever in India.

An auction for the Rewa solar power park yielded a levelized tariff of Rs 3.30/kWh, the lowest-ever tariff at that time (now the second lowest).

Three units of 250 megawatts each were recently auctioned by the Solar Energy Corporation of India. The three units of the solar power park have been awarded at tariffs of Rs 2.970 to Rs 2.979 per kWh (4.4¢/kWh). The lowest bid was placed by ACME Cleantech Solutions, one of the leading solar power project developers in India. Mahindra Renewables, part of a large industrial conglomerate, secured a 250 MW unit at Rs 2.974/kWh, and Solenergi secured the third unit at Rs 2.979/kWh.

The bids placed by these developers are for only the first year of project operations. The tariffs will increase by Rs 0.05/kWh (0.07¢/kWh) for a period of 15 years. Thus, the levellised tariff for all three units will be around Rs 3.30/kWh (4.9¢/kWh).

A recent study showed that the Indian Railways can source 25% of its energy needs from renewable energy sources by 2025. This can be realized, in part, through the Railways’ plan to set up 5 gigawatts of solar power capacity across the country.