Indian Railways has taken some significant measures over the last few weeks that will cement its place as one of the single largest clean energy users in India. These steps include the issuance of tenders for large-scale solar power projects and the commissioning of a first-of-its-kind project to use solar power for trains’ traction systems. 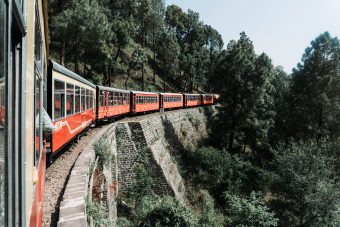 These measures are part of Indian Railways’ long-term sustainability goals. According to a 2017 study, Indian Railways has a potential to set up 5 gigawatts of solar power capacity, which will be sufficient to meet all its power demand in the coming years.

India’s minister for railways recently announced that Indian Railways has commissioned a 1.7-megawatt solar power project. Power generated from this project will be supplied to trains’ traction system. This project is the first of its kind in the world, Indian Railways has claimed. The project is located in Madhya Pradesh and was commissioned by a public sector company, BHEL.

According to Indian Railways, the project is expected to generate 2.5 million kilowatt hours of electricity every year, resulting in annual savings of around $180,000.

The 1.7-megawatt project has been implemented on an experimental basis and will form the foundation for gigawatt-scale solar-powered train operations. Railways Energy Management Company Limited (REMCL) has been assigned the responsibility to set up 3 gigawatts of solar power projects across the country to ensure solar power supply to Indian Railways’ vast network.

These large-scale solar power projects will be commissioned over the unused land that Indian Railways owns across the country.

Last year, REMCL issued two tenders to procure 140 megawatts and 109 megawatts of solar and wind power. These projects will be spread across multiple states. The Railways has put more emphasis on wind power capacity in these tenders, possibly to ensure the round-the-clock supply power necessary to operate trains.

In June, REMCL issued a 400-megawatt solar power tender. This capacity will be distributed across six states. Three of these six states do not have any significant solar power capacity operational. Project developers are mandated to use Indian-made solar cells and modules for these projects. 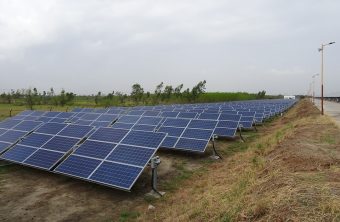 Earlier this month, another tender was issued by REMCL with a capacity of 1,000 megawatts. Again, developers will be required to use only Indian-made solar cells and modules. Developers will supply power at a fixed rate for 25 years.

Apart from using renewable energy to power traction systems, Indian Railways also utilizes solar power for non-traction systems, such as lighting and cooling systems in coaches. In 2017, Railways announced plans to install solar panels atop 250 trains. It issued a tender for the installation of flexible solar panels and battery systems on the roofs of coaches of six trains on a pilot basis.

The utilization of renewable power for traction systems seems to have gained popularity among Indian Railways after it was successfully demonstrated by the Delhi Metro Rail Corporation (DMRC). DMRC operates India’s largest network of subway systems. A large portion of its power demand is met from a solar power park located around 700 kilometers away. Railways reportedly considered setting up a similar large-scale solar power park in central India. However, from the tenders issued by REMCL, it is apparent that Railways plans to utilize unused land it owns spread across multiple states.

In 2018, Railways reported that its traction power demand is around 2 gigawatts and another 400 megawatts demand from railways stations and workshops. This is expected to increase to over 4 gigawatts by 2022 with the planned electrification of a broad gauge network. Railways has signed an agreement with ABB to convert diesel-fired locomotive into electric locomotives by 2022.

Despite the declining profit, Indian Railways is unlikely to face any problems funding this green energy transition. Its operational and financial efficiency have been on the decline. However, Railways raised $500 million through a green bond issue in 2017 at a very attractive interest rate.