India is facing its “worst-ever” water crisis, according to a report from a government think tank issued last week. 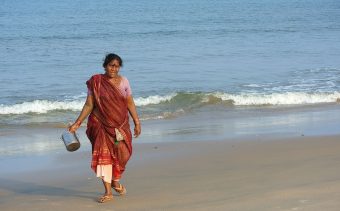 Around 200,000 Indians die each year due to lack of water access, the report finds, and demand will be twice as much as supply by 2030.

“Part of [the crisis] is because of the rising temperature, and the changing rainfall patterns that come with the changing climate,” Mridula Ramesh, founder of the Sundaram Climate Institute, told Al Jazeera.

“Part of it is because of unwise choices we have made in managing our waste and water.”

As reported by the Thomson Reuters Foundation:

“About 200,000 Indians die every year due to inadequate access to safe water and 600 million face high to extreme water stress, the National Institute for Transforming India (NITI) Aayog said on Thursday, citing data by independent agencies.

‘Critical groundwater resources that account for 40 percent of India’s water supply are being depleted at unsustainable rates,’ the report said, calling for an immediate push towards sustainable management of water resources.

‘India is suffering from the worst water crisis in its history and millions of lives and livelihoods are under threat,’ it said.”