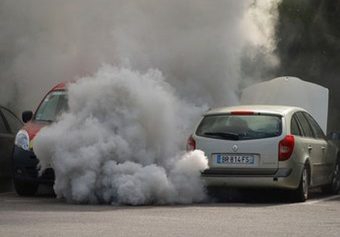 India has introduced a new tax on car sales aimed at helping fight high levels of air pollution and congestion. The surprise move, announced by the finance minister, Arun Jaitley, is a victory for campaigners and a defeat for the powerful car industry. Commentators said the move showed how attitudes to car use had changed in India. “There are some things that are politically palatable now that were not before. Jaitley has seen there is political space and public support. Once Indians owning cars was seen as a sign of economic success. Now this sort of tax is seen as Indians being responsible,” said Samir Saran, of the Observer Research Foundation, a Delhi-based thinktank.

India is home to many of the most polluted cities in the world, with levels of harmful particles in Delhi, the capital, regularly exceeding European and US safe limits by 15 or 20 times. Medical experts have predicted huge health problems as tens of millions of children grow up breathing very poor air. Municipal authorities in Delhi and elsewhere have struggled to cope with the problem, hampered by political infighting, poor law enforcement and public ignorance. After a particularly severe bout of pollution last year, the chief minister of Delhi, Arvind Kejriwal, announced a scheme to cut traffic, and thus pollution, by allowing cars with licence plates ending in odd and even numbers to drive only on alternate days.

Two coal-burning power stations were also shut. The measures are to be repeated in April. Though it made little impact on pollution levels, the scheme was credited with raising consciousness of the problem across the country and seen as a success.
In his annual union budget, Jaitley imposed a sales levy of up to 4% on new passenger vehicles, effective immediately, spurring a selloff by investors in stocks in some of India’s biggest automobile companies such as Maruti Suzuki India Ltd and Tata Motors. The budget appeared aimed largely at India’s massive rural population, possibly with an eye on forthcoming state elections. Winning these might help the BJP overcome political opposition to their reform plans at national level.

“This was a political budget. People are suffering. India has had two years of poor monsoons, which have hit farmers and the government have to be seen as responsive,” said Saran, the analyst. The lack of radical measures will disappoint some foreign investors and observers who have long hoped India would implement major reforms to boost the economy in the south Asian power.