For many of the 30,000 people who live in the remote Rufiji Delta of northern Tanzania, life revolves around one thing: mangroves. 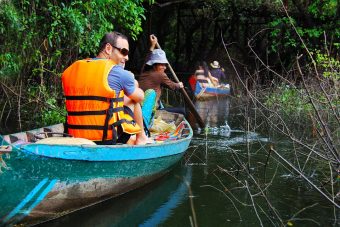 These trees and bushes, which thrive in the delta’s brackish water, are sources of building materials, firewood and income, providing valuable timber that residents often sell to make ends meet.

But the mangroves, which are also home to many species, like ray fish, king snappers, hongwe, prawns, migratory birds, and sea turtles, are sometimes seen as obstacles to be cut down, occupying land that can be used to grow rice and graze livestock. Such over-dependence on mangroves in the Rufiji Delta, home to 50 per cent of Tanzania’s mangroves, has led to a depletion of these forests, threatening residents’way of life.

A new project is aiming to reverse that trend and encourage the sustainable management of the delta’s mangroves. The initiative is being led by the Institute of Marine Sciences (IMS) of Tanzania in partnership with the Tanzania Forest Service, Wetlands International, the Kibiti District Council, and the Pakaya Culture and Environment Group.

It will see officials and local communities work together to develop a plan to manage the mangrove forests, setting rules on where and when trees can be harvested. The models will also test approaches for restoring areas that have already been impacted by development, which will help delta residents enjoy the benefits of mangroves into the future. Their restoration efforts will be complemented by the Guidelines on Mangrove Ecosystem Restoration in the Western Indian Ocean Region, a new publication from the Nairobi Convention and partners that provides a step-by-step guide on how to build successful restoration projects and avoid common replanting pitfalls.

“We have seen rapid negative changes [in mangrove cover] over time in the Rufiji catchment,”  said Hassan Bakari Kisoma, Director of Planning at Pakaya Culture and Environment Group.

Mangroves, trees that thrive in salt water and are found on coastlines in warmer regions throughout the world, underpin some of the most productive ecosystems on earth. Not only do they provide nursery areas for fish, crustaceans and many endangered species, but they also protect shorelines from eroding, shielding humans from flooding, hurricanes and other storms. Globally, some experts estimate that up to 55 per cent of mangroves have been lost since the 1990s. 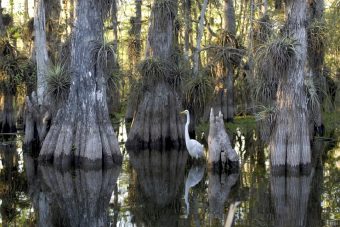 Along with protecting a vibrant ecosystem, the Rufiji Delta project will help Tanzania “in meeting its commitments under various Sustainable Development Goals, particularly Goal 14 on ‘Life Below Water’ and Goal 13 on climate action,” said Jared Bosire, Project Manager with the United Nations Environment Programme’s Regional Seas Programme. “After all, mangroves store more than five times more carbon than terrestrial forests.”

Of critical importance, say, experts, is the active role local communities will play in the project, particularly in choosing rehabilitation sites and developing harvesting plans.“I have been involved with many projects over the years that have attempted to reverse the degradation of the mangroves of Rufiji,” said Jumani Yusuf Kikumbe, Outgoing Chairperson of the Nyamisati Village Committee. “These efforts need to include communities from the beginning in an equitable way if they are to be successful.”

IMS and the other project partners hope that lessons from the Rufiji Delta initiative can be applied elsewhere in Tanzania, and even across the entire Western Indian Ocean region where mangroves are under similar pressures.

The initiative is being funded by the Global Environment Facility through the Implementation of the Strategic Action Programme for the Protection of the Western Indian Ocean from Land-Based Sources and Activities, executed by the Nairobi Convention.

The convention, part of the United Nations Environment Programme’s Regional Seas programme, serves as a platform for governments, civil society and the private sector to work together for the sustainable management and use of the Western Indian Ocean’s marine and coastal environment.