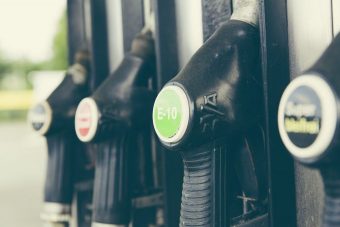 The story began in 1935, when Taher Zavery’s grandfather emigrated to Kitui, Kenya, all the way from Gujarat, India, to set up a cotton ginning factory. There was no trace of electricity in the region at that time, and today, power is still unreliable, so the entire plant runs on diesel.

Taher Zavery’s company, Kitui Industries, started experimenting with biodiesel in 2008, when oil prices were peaking. This alternative fuel produced from vegetable oil is obtained from crushing cotton seed, and can replace conventional diesel. A first batch of biodiesel was manufactured and sent to the Kenya Bureau of Standards for testing, but was actually sent to be tested in a South African laboratory as Kenya did not have the requisite testing facilities. The first results were very encouraging: the calorific value of the biodiesel was just slightly less per unit when compared to conventional diesel.

Mr. Zavery then set up a small biodiesel plant that he obtained from the UK. Later on, and as they set up a bigger plant, he and his plant engineer embarked on the path of procuring components from China and India while doing the engineering design for a larger plant for themselves.

Biodiesel is perishable: it cannot be stored for more than 90 days as algae starts growing, but thanks to Mr. Zavery’s emphasis on engineering, his entire plant has already been running using the alternative fuel for the last seven years. The assured supply of feedstock  —  the waste material that is used as the input in the biodiesel manufacturing process, in this case cottonseed  —  is critical. The factory now works with 7,000 contract local farmers who sell him the cotton for his ginning factory.

The method is quite simple: the cottonseed is crushed and the vegetable oil stored in 10,000 liter tanks. The machines in the ginning factory did not need any modification with the switch to biodiesel, and the company now also runs a fleet of trucks using the same biodiesel.

The cotton yield in this semi-arid zone of Kitui, a region that falls between Mombasa and Nairobi, has been dropping. In the last four years, the average yield has fallen precipitously from around 600 to 700 kilos/acres to 150 kilos/acre, because of erratic rainfalls, which Mr. Zavery is convinced is a sign of climate change.

Small-holding farmers in the region do not have access to any irrigation facility and Mr. Zavery thought he could supply them with pumps they could use to irrigate their fields with. He procured 105 pumps, partially supported by a grant from Power Africa, an initiative of the United States Agency for International Development (USAID) to expand energy access in Africa. The company had access to an excess quantity of cotton seeds from its catchment area and could increase the production of biodiesel from its current capacity of 5,000 liters per day. The additional fuel would be supplied to the farmers to run the water pumps.

The idea was that the farmers would buy the pumps on loan, which has not proved to be so easy. “Micro Financial Institutions wanted to charge an interest rate of more than 30% and conversations with banks went nowhere,” explains Mr Zavery. Kitui Industries then stepped in as a financier of the first lot of pumps. “This is the place we call home, if we do not work with the farmers, the industry will be dead in two years.”

It did not take long for Mr. Zavery to figure out that the farmers needed additional help to increase their income. The seed they were using was an old one so he has arranged for the import of a drought resistant seed from Israel to be used by the farmers. Better seed, along with irrigation, helped to combat the falling yields. Mr. Zavery also provided small enterprises (from salons to welding shops) with ten diesel generator sets that run on biodiesel, for them to generate electricity.

Mr. Zavery’s journey is full of lessons for the global transition to renewable energy. The promise of biodiesel to meet global renewable energy needs has been belied. Biodiesel manufacture is often seen to displace land that could have been used for food, but in this part of arid eastern Kenya, biodiesel has the promise to both increase farmer incomes and business profits, without taking away land from food cultivation. The future of a renewable energy world will not be “one size fits all,” it will be a mosaic of solutions suited to local needs. The supply chain for these solutions is however global, as Mr. Zavery imported critical equipment from India and China.

The financing of end customers who can pay back the loan from savings in operational costs is one key challenge as partnerships of renewable energy industries with local financial institutions are notoriously difficult to stitch, as they do not understand the industry and to compensate for heightened sense of risk, demand onerous lending terms. Accessible financing for businesses to implement “pay as you go” schemes (effectively leasing out systems to potential customers) is the way for entrepreneurs like Mr. Zavery to provide solutions to a market they know intimately.