Illegal ivory has been found on sale in 10 European countries, contravening international efforts to cut down on the trade which campaigners say encourages the poaching of elephants. 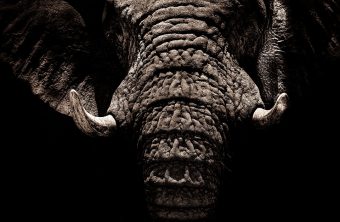 The campaigning group Avaaz bought 109 items of ivory and had them tested using radiocarbon dating. Nearly one-fifth of the objects were found to contain ivory from animals killed since 1990, which is illegal, after restrictions on the global ivory trade were put in place in 1989.

Three-quarters of the items were dated to after 1947. The sale of ivory made after that date is subject to restrictions, and to be sold legally requires official documentation.

Avaaz said the findings, which echo other research that has found illegal ivory objects on sale in the UK and elsewhere, showed that Europe should do more to investigate and control the ivory trade.

Current restrictions are meant to ensure that ivory from recently killed elephants cannot find its way to market, but does allow restricted trade in antique ivory. Ivory was used for centuries in objects from piano keys to billiard balls and objets d’art, and banning it completely has until recently been viewed as difficult, given its widespread use in antiques.

However, campaigners have grown increasingly vocal in their opposition to any form of trade in ivory, as demand from China has shown little sign of abating and the dwindling remaining populations of elephants in Africa and Asia are under more threat than ever from increasingly mechanised and vicious predations by poachers.

Prince William has called for an outright ban on any sales of objects containing ivory. He argues that the trade in antiques provides cover for poachers looking for outlets for their illegal killing of elephants and rhinos.

Hong Kong and China have recently moved to place new restrictions on the ivory trade. Demand in China, where ivory pieces are regarded as high-prestige gifts, is one of the biggest drivers of the continuing illegal international trade.

The UK is taking steps to close down the trade further, through a forthcoming bill that would prevent ivory objects being sold, except under a small number of narrowly circumscribed conditions. The government has described it as the toughest ivory legislation in Europe, and among the toughest in the world. More than 70,000 people responded to the government’s consultation on the potential legislation.

Some African countries have publicly burned stockpiles of ivory seized from poachers, in order to stop it coming on to the market and potentially fuelling the international trade.

Avaaz bought 109 items containing ivory over a four-month period in Belgium, Bulgaria, France, Germany, Ireland, Italy, the Netherlands, Portugal, Spain and the UK. The items were tested in labs at Oxford University to determine their age. The testing was funded from small donations made by 50,000 Avaaz supporters around the world.