Wе all know that forests help fight climate change by cooling the planet. Don’t they? 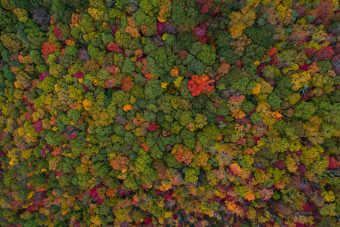 They actually do, capturing and storing carbon from the air for centuries. But this is only part of the story. An increasing number of scientists are beginning to discover that the relationship is more complex than we previously thought.

The promise is sweet: give money, plant trees, we’ll be alright. We all love simple answers and forests promise just that, attracting huge amounts of money from global climate finance. Recent scientific findings, however, require us to rethink the role of trees in fighting climate change and reevaluate their relative importance among other available strategies.

Short answer: trees do not only cool the planet. While tropical forests are sure to cool the climate, forests in other parts of the world have diverse cooling and warming effects which depend on the unique conditions of geography, local climate, and species composition.

For example, trees emit a variety of chemicals, such as volatile organic compounds, some of which can cause warming. Thanks to their dark leaves, certain deciduous trees also absorb more heat than many other types of surfaces, decreasing Earth’s capacity to reflect sunlight. And if that was not enough, a few recent studies suggest that the “warming effects from forests could partially or fully offset their cooling ability.”

However, considering forests only from the narrow climate impact perspective would be unfair not only in regards to the forests themselves but also to one of the richest biotopes of life on Earth they create for myriads of species, as well as the endless ecosystem functions they perform, far beyond climate regulation. Still, while taking into account the more complex nature of forests we are starting to discover, it remains distinctly clear that reducing them to “climate saviors” would do no justice to their importance for life on Earth as a whole.

For sure, we would not like to have this close to the no-regrets solution replaced by much riskier technologies like geoengineering. There are many scientists who would rather turn into dust than acknowledge that planting more forests can cause additional warming. And yet, taking the science seriously requires us to once again consider the wide variety of mitigation options that can still keep us ahead of the necessity to deal with the consequences.

Thus, the new research is an important warning bell for those who think that we can solve climate change by planting the whole planet with forests, while not changing our lifestyles one bit. 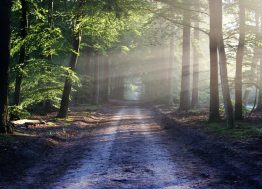