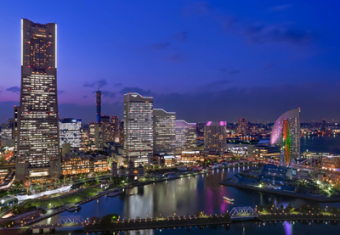 Japan should balance and diversify its energy mix through a combination of renewable and nuclear energy and efficient thermal power generation, the International Energy Agency (IEA) said today in its latest review of Japan’s energy policies, stressing this would help the country build a more secure, affordable, safe and decarbonised energy system.

Japan’s energy policy has been dominated in recent years by its efforts to overcome the impact from the 2011 Great East Japan earthquake and the subsequent Fukushima nuclear accident. The accident resulted in the gradual shutdown of all of Japan’s nuclear power plants. This in turn led to a significant rise in fossil fuels use, increased fuel imports and rising carbon dioxide emissions. It also brought electricity prices to unsustainable levels.

Speaking at the launch of the IEA’s report in Tokyo, IEA Deputy Executive Director Paul Simons acknowledged that since the Fukushima accident, Japan’s energy system has shown great resilience. “The traditional focus on security of supply has worked,” Mr Simons said. “The future challenge, however, is more about climate change. Japan should take concrete steps to meet its 2030 climate target and to cut emissions significantly more by 2050.”

The IEA report encourages Japan to increase low-carbon sources of power supply. Renewable energy supply should become more cost-effective over time. It should also have a broader technological and geographical focus. Nuclear power should gradually be restored but only once the highest safety standards are met and public trust is regained.

The report also highlights Japan’s long tradition of effective policies and measures related to energy efficiency. These include the voluntary action plans in industry and the Top Runner Programme for appliances, equipment and vehicles. Japan is also adopting gradually stricter building codes and introducing Net Zero Energy requirements for buildings. Both renewables and energy efficiency contribute to increasing energy security.

The IEA applauds Japan for its commitment to energy innovation. The country is not only a major importer and consumer of energy, but also a recognised leader in energy technology development. “Globally, new technologies will be needed to significantly reduce CO2 emissions beyond 2030,” Mr Simons said. “With its strong science and technology base, Japan can make a virtue out of this necessity.”

The IEA also urges Japan to fully implement its intended electricity and gas market reforms. It will be essential to ensure that the regulator and competition authority are adequately resourced. Additional infrastructure is needed in the electricity sector for creating a well-integrated national grid, and the market should be designed to give strong signals to locate generation where it is most valuable to the whole system. In the long term, a fully independent transmission system operator should be established.