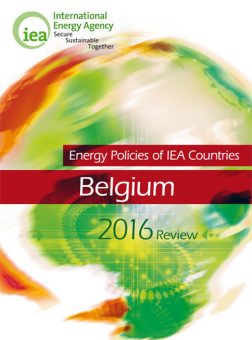 Belgium should adopt a national long-term energy strategy without delay, the International Energy Agency (IEA) said today, stressing that such a plan was required to respond to the challenge of decarbonising the economy while ensuring security of supply and affordability of energy. Speaking at the launch of an IEA review of Belgium’s energy policies, IEA Executive Director Fatih Birol encouraged Belgium’s federal and regional governments to work decisively together. “Our review rings alarm bells due to the lack of private-sector investment in the electricity sector,” Dr. Birol commented. “Government efforts to mobilise investment should include an electricity market design that ensures a viable business model for power generation. And to avoid a lack of generation capacity in the medium term, Belgium could consider operating their nuclear power plants as long as they are certified to be safe by the regulator.”

The new IEA report, Energy Policies of IEA Countries: Belgium 2016 Review, acknowledges Belgium’s recent progress in several areas of energy policy. Competition has increased in the electricity and natural gas markets. The use of fossil fuels has declined and the supply of renewable energy has grown. The country´s economy is becoming less energy-intensive, and its energy-related carbon emissions are declining. A major issue to be addressed, however, is the country’s nuclear phase-out policy. Nuclear energy accounts for around half of Belgium’s electricity generation, but the current policy is to close its nuclear power plants between 2022 and 2025. The report cautions that this would seriously challenge Belgium’s efforts to ensure electricity security and provide affordable low-carbon electricity. Allowing the plants to run as long as they are considered safe by the regulator would ease electricity security pressures, would reduce the costs of electricity generation in the medium term, would likely reduce the costs of the phase-out itself and would create time for investments in alternative generation options. “It is of the utmost importance that Belgium’s policy on nuclear power is consistent with its objectives regarding electricity security and climate change mitigation,” Dr. Birol stressed.

The report highlights the potential energy efficiency offers to help Belgium meet its energy policy goals. It welcomes the decision to implement nationwide road pricing for heavy-duty vehicles. The report also recommends further support to renovating the building stock and switching away from oil in space heating. In addition, it suggests abolishing direct and indirect subsidies on energy use and replacing them with more targeted measures on citizens and companies in need. Under any scenario, Belgium’s energy supply needs to be further diversified and energy demand further limited. Transport and buildings hold a large potential for efficiency and climate gains, and fiscal incentives and price signals could be used more frequently in order to reap them. The IEA Executive Director applauded Belgium for its excellent gas transport infrastructure and the high level of cross-border integration of its gas market. Referring to the eventual phase-out of imports of low-calorific gas from the Netherlands, he encouraged the government to give a higher priority to this matter, in case production of the Groningen gas field declines faster than currently expected. Dr. Birol also congratulated Belgium for holding large emergency stocks of oil.