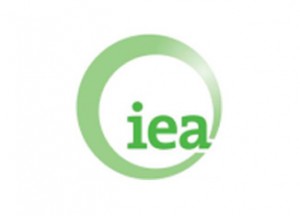 Exceptionally mild temperatures in the early part of the winter in Japan, Europe and the United States – alongside weak economic sentiment in China, Brazil, Russia and other commodity-dependent economies – saw global oil demand growth flip from a near five-year high in the third quarter of last year, at 2.1 million barrels per day (mb/d), to a one-year low in the fourth quarter of 1.0 mb/d, the IEA Oil Market Report (OMR) for January informed subscribers. Persistent oversupply, bloated inventories and a slew of negative economic news pressured prices so that by mid-January crude oil touched 12-year lows.

The OMR outlook for 2016 has demand growth moderating to 1.2 mb/d. Global oil supplies expanded by 2.6 mb/d last year, following hefty gains of 2.4 mb/d in 2014. By last December, however, growth had eased to 0.6 mb/d, with lower non-OPEC production that pegged below year-earlier levels for the first time since September 2012. OPEC crude output eased by 90 000 barrels per day (90 kb/d) in December to a still-lofty 32.28 mb/d, including newly rejoined Indonesia. Iran, now relieved of sanctions, insists it will boost output by an immediate 500 kb/d. Our assessment is that around 300 kb/d of additional crude could be flowing to world markets by the end of the current quarter.

Global inventories rose by a notional 1 billion barrels in 2014-15, with the fundamentals suggesting a further build of 285 mb over the course of this year. Despite significant capacity expansions in 2016, this stock build will put storage infrastructure under pressure and could see floating storage become profitable. Global refinery runs averaged 79.5 mb/d in the fourth quarter of 2015, down 0.3 mb/d from the estimate in last month’s OMR due to lower-than-expected throughput in non-OECD Asia except China and a very high maintenance schedule in October. Global refinery margins weakened in December as middle distillate cracks fell and overwhelmed the resilience of gasoline and naphtha.

In addition to these highlights and detailed analysis of demand, supply, prices and refining developments, and their short-term outlook, the January OMR features an article that details the effects of Iran’s post-sanctions return as a full player in the oil markets. Another looks at how warmer early-winter weather in parts of the Northern Hemisphere has suppressed demand for OECD oil, while a third examines the surge in global oil storage capacity foreseen for this year and beyond. A fourth in-depth feature reports that floating storage is “slowly sailing away”, while a fifth assesses the dampening effect of subsidy cuts on the already weaker Saudi Arabian demand outlook.