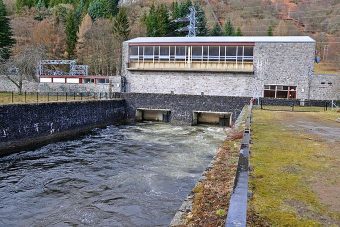 Hydroelectric power is the most damaging to ecological systems, followed by solar power and wind power, the Hong Kong Economic Journal reports, citing a study. The study was conducted by the University of Hong Kong (HKU), Shenzhen’s Southern University of Science and Technology and James Cook University of Australia.

The researchers assessed the environmental impact of renewable energy on the environment by comparing hydroelectric power, solar energy, and wind energy.

The results were published in the Trends in Ecology and Evolution journal on Monday. The study found that hydroelectric power does the most damage to the ecology, followed by solar power and wind power.

Researchers said reservoirs constantly emit carbon dioxide, the main source of the greenhouse effect, as well as biogas and nitrogen monoxide, all of which are harmful to the environment.

The biogas can be released by rotten plants at the bottom of reservoirs. As the current passes through the turbines and drainage channels, the biogas dissolved in the water can also be released, they said.

In addition, construction of dams for hydroelectricity lowers biodiversity in the areas where they are located because a large number of trees have to be cut down.

The study cited the Cheow Larn Reservoir in southern Thailand as an example, saying its construction has seriously damaged the neighboring tropical rainforest, where tigers and other wild animals inhabit.

Statistics show that worldwide, about 3,700 large hydroelectric dams were under construction or being planned as of March 2014. Nine in 10 were in developing countries.

The study showed that solar power plants can result in the elimination of certain plant species, as evidenced in the southwestern United States.

US authorities estimated the number of birds dying from hitting solar panels range from about 38,000 to 138,000 a year.

While wind power is less ecologically damaging, the study said about 570,000 birds die after crashing into the wind turbines each year. Breeding is also affected by noise from the turbines.

Dr. Luke Gibson, an HKU honorary assistant professor who was in charge of the study, called on governments and power companies around the world to consider the impact on the ecology when making plans for renewable energy facilities.