Humanity will have given up on planet Earth if world leaders cannot reach an agreement this year to stop the mass extinction of wildlife and destruction of life-supporting ecosystems, the United Nation’s new biodiversity chief has warned.

Elizabeth Maruma Mrema, the acting executive secretary of the UN Convention on Biological Diversity, has implored governments to ensure 2020 is not just another “year of conferences” on the ongoing ecological destruction of the planet, urging countries to take definitive action on deforestation, pollution and the climate crisis.

The warning comes on the eve of the Davos World Economic Forum, where biodiversity loss has been highlighted as the third biggest risk to the world in terms of likelihood and severity this year, ahead of infectious diseases, terror attacks and interstate conflict.

The ongoing destruction of life-supporting ecosystems such as coral reefs and rainforests means humans risk living in an “empty world” with “catastrophic” consequences for society, according to Mrema, who is responsible for spearheading a Paris-style agreement for nature that will be negotiated this year.

“People’s lives depend on biodiversity in ways that are not always apparent or appreciated. Human health ultimately depends on ecosystem services: the availability of fresh water, fuel, food sources. All these are prerequisites for human health and livelihoods” she told the Guardian in her first major interview since taking up the role.

In May last year, the world’s leading scientists warned that nature is disappearing at a rate tens to hundreds of times higher than the average for the past 10 million years. Experts have previously warned that humans are driving the sixth mass extinction event in Earth’s history, cautioning there is a short time to act.

“Business, local communities, civil society, the youth, all of us led by governments must take action. We have been talking of action for many years. Really, we need transformative action to make a difference,” Mrema said.

Last week, the long-awaited draft of a Paris-style UN agreement on nature was published for the first time, calling for a commitment to protect at least 30% of the planet, controls on invasive species and pollution from plastic waste and excess nutrients to be reduced by 50%. The commitments in the draft text, which is expected to be adopted by governments in October at a crucial UN summit in the Chinese city of Kunming, have been kept intentionally modest after the failure of the international agreement on biodiversity conservation made for the previous decade. 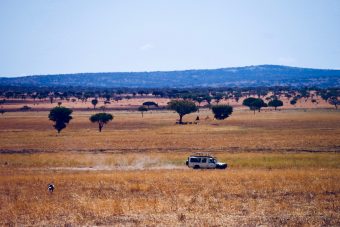 Some campaigners have criticised the draft agreement, insisting that governments must do more to protect the planet. Mrema said she had hoped negotiators would create something more ambitious than the current proposal.