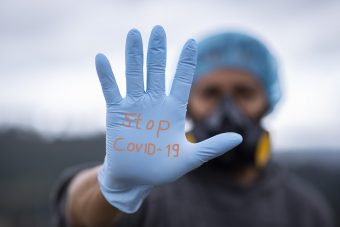 The introduction of a new virus to the human population is one of the greatest mysteries an epidemiologist can hope to unravel.

Some of the most common and deadliest human diseases are caused by bacteria or viruses of animal origin.

In recent decades this trend has only increased, with an estimated 70 percent of emerging and re-emerging pathogens coming from animals.

How an infectious disease crosses the animal-human barrier is a riddle that can take years to solve.

But understanding how an epidemic began is essential to preventing further introductions to the human population.

Ever since the first cluster of cases of atypical pneumonia was detected in Wuhan, China, WHO has been has been looking for evidence of how the virus that has turned the world upside down originally made the jump from animals to humans.

While the public health priority was, and remains, to mount a rapid, comprehensive and effective response to suppress human-to-human transmission of the virus in order to save lives, our ability to prevent and respond to future pandemics depends on identifying the natural reservoirs and intermediate hosts of SARS-CoV-2 and the natural events that propelled the novel coronavirus onto the world stage.

At the first Emergency Committee on COVID-19, one of the main questions was how to better understand the research that was underway in Wuhan on the epidemiology around the first detected cases and their source of infection. 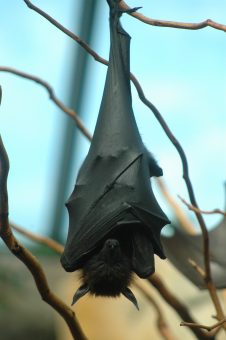 The Director-General directly raised the matter of identifying the virus origins and intermediate hosts with President Xi Jinping during his visit to China in January.

The Emergency Committee’s recommendation to declare a Public Health Emergency of International Concern, which was accepted by the Director-General on January 30, referred to the virus origins.

A global research meeting held by WHO in February included this as priority research area.

WHO and partners have held discussions with Chinese scientists undertaking studies in Wuhan, and regularly reviewed the evidence with Chinese and other international scientists.

In May, the 73rdWorld Health Assembly passed Resolution WHA73.1 tasking WHO, the World Organisation for Animal Health (OIE), the Food and Agriculture Organization of the United Nations (FAO) and countries, as part of the One-Health Approach with:

“identify[ing] the zoonotic source of the virus and the route of introduction to the human population, including the possible role of intermediate hosts, including through efforts such as scientific and collaborative field missions, which will enable targeted interventions and a research agenda to reduce the risk of similar events occurring, as well as to provide guidance on how to prevent infection with severe acute respiratory syndrome coronavirus 2 (SARS-COV2) in animals and humans and prevent the establishment of new zoonotic reservoirs, as well as to reduce further risks of emergence and transmission of zoonotic diseases.”

This Resolution signifies the recognition of all 194 Member States of the importance of this work and provides WHO with a clear mandate to lead in this area.

In July, WHO experts travelled to China to define the role of the international investigative team: to explore the potential sources of infection amongst the first reported cases in Wuhan in December 2019, to attempt to identify earlier human cases through sero-epidemiologic studies, and to conduct further animal and environmental studies. 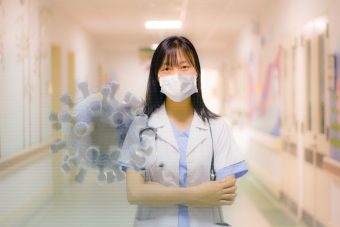 The findings will lay the groundwork for longer-term studies of intermediary animal host(s), the virus origin, and how it entered the human population. This initial research may lead to similar work in other countries.

The investigative team was formed in September to include scientists representing a broad range of expertise and nationalities.

The first virtual meeting of the team with their Chinese counterparts was held on October 30.

As we have seen in previous outbreaks, it can take years to find the origins of viruses that have made the zoonotic jump from animals to humans.

It took more than a year after the first human case of MERS-CoV was reported to identify the intermediate host as dromedary camels.

Given the scale and complexity of the COVID-19 pandemic, we need a sustained and comprehensive set of scientific investigations in China and elsewhere to find the intermediate host(s) and virus origins.

This rigorous meticulous work will require the trust and cooperation of many local, national and international actors to succeed.