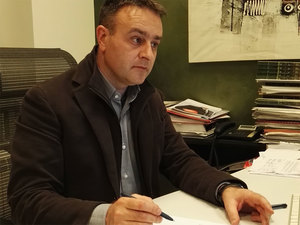 There is a long list of completed projects of ESCO company headed by Mr. Dejan Lazarević. AD Imlek, Meat Industry Neoplanta, Knjaz Miloš AD Aranđelovac and many other local companies  cooperated  with  ESCO  company.  During  the  conversation with Mr. Lazarević, we found out what are the difficulties and the highest potentials in Serbia when it comes to renewable energy  sources  and  why  we  can  become  energy-dependent  if  we  follow  all  pieces  of  advice  of  world  experts.  Our  interlocutor  emphasized  repeatedly  that  so-called  ‘industrial  patriotism’  is  the  most important and the revival of domestic economy which should be the biggest consumer. Energy efficiency should be increased but because of our own interest.

–  I  think  that  the  topics  of  pollution  reduction  and  similar,  are  the  trend of globalist energy subjugation. They say: close TE Kostolac, do this or that, but we have not revitalized the existing and we have not upgraded what we possess. That is how you become energy- dependent. The story of ecology is true, we should preserve the nature  and  the  environment,  but  you  cannot  close  plants  under  these slogans. We have sold our economy, companies engaged in food processing, companies that process water and now there is energy sector left.

As for the renewable energy, it is a very broad term. There are biogas, biomass, geothermal energy, says Mr. Lazarević, and technically nothing is impossible, but it is very difficult to bring the project to the point of profitability. What is the return on investment, will you ever  return the investment, and there is yet another question who can apply that? Big industry that no longer exists or local government?  – wonders Mr. Lazarević and adds that it is important what are you replacing with what!

– You have cheap electricity, cheap coal and now it needs to be changed. We are all pushed in renewable energy, but the system has not been completed yet. The industry barely makes ends meet, and then it is required to invest in one, then in other measure. ESCO is that company that should by default provide the service, share some profits, and invest in measures. We also prepare the pre- investment documentation, feasibility studies based on which the company decides whether to enter into a usiness, and the motive in business is always profit – explains Mr. Lazarević and says that the studies are submitted to other auditing firms to be checked. – Simply, one plant is not isolated, not just for itself, but in the chain and in that chain they all affect each other. Since everything stagnates in the industry, you cannot set as the priority objective the increase of the use of energy from renewable energy sources, which can be  in  the  third  place.  First  you  must  increase  consumption  and  production. According to the opinion of Mr. Lazarević, biomass is completely unexploited. Then the potential of crop residues, waste… This resource should be used in projects that are planned  through  models  of  public-private partnership.

– Those things that are pushed are  always  in  someone’s  interest.  Banks  have  their  own  products,  their  credit  lines and they are interested to  be  sure  where  the  lowest  risks  are.  In  the  energy  system  it  is  important to have balance, because if you produce more energy it will be difficult to charge that. And if you take electricity from someone else’s system, you will pay that dearly.